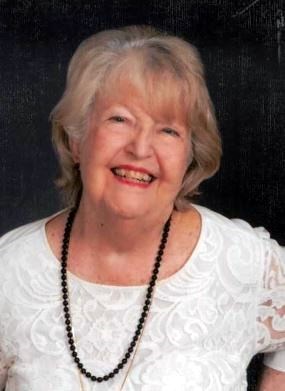 Linda Lou Coe, 83, of Houston, Texas, went to be with her Heavenly Father on January 14, 2023, in Houston, Texas. Visitation will be from 5:00 pm to 8:00 pm, with optional Rosary at 6:30 pm, on January 30, 2023, at American Heritage Funeral Home in Houston, Texas. Funeral services will be held at St. Ambrose Catholic Church in Houston, Texas at 10:00 am on January 31, 2023, with viewing at 9:00 am, officiated by Father Joseph of St. Ambrose Catholic Church. Burial will follow at Houston National Veterans Cemetery. Arrangements were made by Dignity Memorial. Linda was born in Houston, Texas to Albert and Katherine Green on March 15, 1939. She married Herbert Kelpen Sr. on August 23, 1958. Though this relationship wasn't permanent, they did have 3 children together, Herbert, Michael, and Mark. Linda would go on to marry the love of her life, James Coe, on September 3, 1978, welcoming 2 step-children, Andy and Shelley, into her family. Linda and Jim traveled the world and shared many wonderful years together. Linda worked as an Executive Assistant for Anderson Clayton from 1959 – approximately the year 2000. She was a devout Christian and a St. Ambrose Catholic Church member. Linda was a loving mother, wife, grandmother, great-grandmother, sister, and friend. Linda was preceded in death by her parents, her youngest son, Mark Kelpen, and her brother, Larry Green. Linda is survived by her husband James Coe, her children Herbert Kelpen Jr. and wife Kimberly Kelpen, Michael Kelpen and wife Connie Kelpen, Jana Kelpen wife of Mark Kelpen, Andy Coe and wife Sissie Coe, and Shelly Shaw, her brother David Green, her sister-in-law Betty Green, her 14 Grandchildren Amber Koska and husband Stephen Koska, Joey Kelpen and fiancé Ashley Weakley, Justin Kelpen and wife Samantha Kelpen, Cody Jacobson and fiancé Emma Brock , Chad Jacobson and wife Jessica Jacobson, Jordan Nieto and husband Julian Nieto, Randy Kelpen, Nicholas Kelpen, Kara Kelpen ,Caleb Coe, Madison Foy and husband Chance Foy, Cameron Coe, Savannah Shaw, and Geoffrey Shaw, and her 9 great grandchildren Alyssa, Emmalyn, Noel, Addilyn, Piper, Hudson, Polly, Cole, and Brady. Pallbearers will be Joey Kelpen, Justin Kelpen, Randy Kelpen, Stephen Koska, Julian Nieto, Cody Jacobson, Chad Jacobson, Caleb Coe, Cameron Coe and Geoffrey Shaw. The family of Linda Coe wishes to extend our sincere thanks for all the prayers and condolences from each and every one of you. Fond memories and expressions of sympathy may be shared at www.AmericanHeritageFuneralHome.com for the Coe family.
See more See Less

In Memory Of Linda Lou Coe