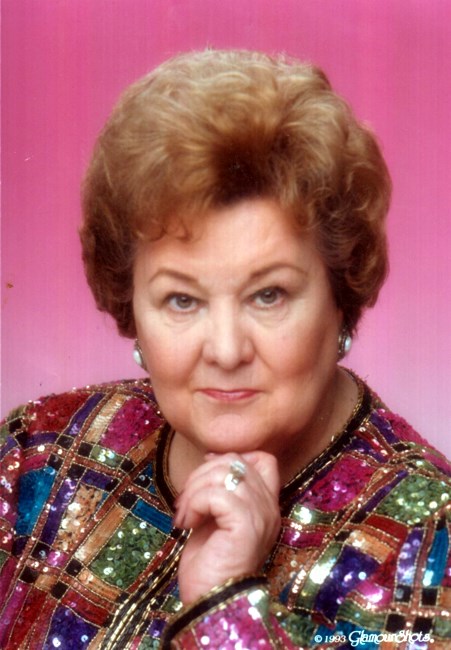 Margaret (Peggy) Ellen Gilliard passed away on Saturday, January 21, 2023. She was born on October 12, 1930, in Brooklyn, New York to Theresa Sheehan O’Neill and Hugh O’Neill. Raised in Queens, New York, she was the fourth of seven children and graduated from Dominican Commercial High School in 1948. Following high school graduation, Peggy embarked on a secretarial career in Manhattan where she worked for an advertising company and later a security firm. In early 1954, following a chance meeting on the subway in New York City, she ran into her former high school sweetheart, Ed Gilliard, and they decided to give it another go and they married on September 11, 1954. Peggy and Ed bought their first home in Deer Park, New York, where they raised their five children. In 1971, the family relocated to Houston after Ed’s transfer with Exxon. Peggy worked at Southwestern Bell for 20 years and retired in 1992. Following retirement, Peggy and Ed enjoyed traveling around the United States including an Alaskan cruise. They also experienced several trips to Europe and an annual trip to Las Vegas with close friends. Peggy enjoyed the beach, watching old movies, playing the lotto, eating Whataburger, and attending family gatherings. She is preceded in death by her husband Ed in 2006, her parents, and six siblings-Teresa Bohlin and husband Ted, Sister Mary Vincent (Gertrude) O’Neill, Jean Lane and husband Bill, Rev. Hugh O’Neill, Daniel O’Neill and Catherine O’Neill and one brother in law Tom Gilliard. Peggy is survived by her son Ed Gilliard and wife Diane and four daughters; Maryellen McGlothlin and husband Jim, Kathleen Nader and husband Blair, Maureen Gilliard, and Ann Ford and husband Greg. She is survived by 12 grandchildren; Katie and Brooke Gilliard, Joseph McGlothlin, Rebecca McGlothlin Johnson and husband Christian, John Nader and wife Nacole, Catherine Nader, Laura Ford McClintock and husband Stephen, Allison Ford, Angela Ford Garcia and husband Shaun, Alanna Ford, Leah Ford, and Lindsay Ford. One great-grandson, Tristan, and sister-in-law Ruth Gilliard. She is also survived by ten nephews and nine nieces. Special thanks to The Village of the Heights for the wonderful care given to Peggy over the last five years, Memorial Hermann Hospice, and to her special caregiver-Irene Medellin. Funeral mass is scheduled for Saturday, January 28, 2023, at 10:15am at Holy Rosary Catholic Church at 3617 Milam Street, Houston Tx 77002. Interment will follow at Memorial Oaks Cemetery. In lieu of flowers, send donations to: Catholic Charities of The Archdioceses of Galveston-Houston 2900 Louisiana Street Houston, TX 77006
See more See Less