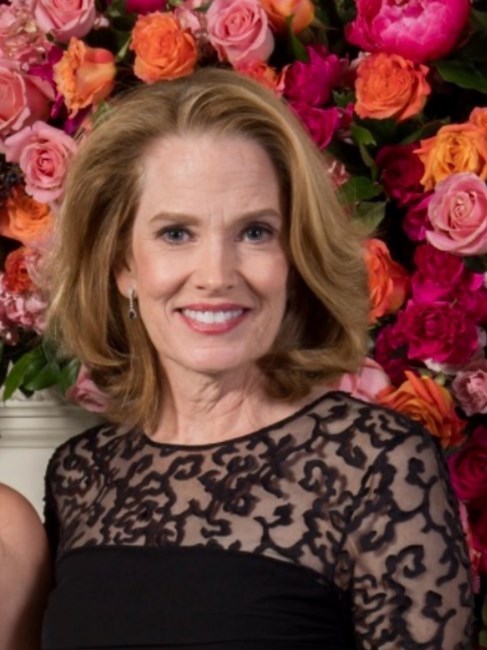 Marguerite “Marte” Benge Griffith joined the angels on Friday, the 20th of January 2023, after a brief but hard-fought battle with COPD and ALS. A beautiful and brilliant wife, mother, and friend, Marte’s exceptional wit, insight, and thoughtfulness brought joy and inspiration to all that she touched. Marte was born in Houston on the 24th of November 1961 to Margaret Bell Benge and Chester Benge. Throughout her youth, she was always the apple of her parent’s eye. Upon graduating as Valedictorian of Robert E. Lee High School (Houston) in 1980, she attended Hollins College in Virginia as a freshman, an experience she always treasured. Marte transferred to The University of Texas at Austin, where she earned a Bachelor of Fine Arts and was a member of Kappa Alpha Theta Sorority. She then earned a JD from the University of Houston Law Center in 1987. In 1990 Marte met the love her life, Geoff Griffith on a blind date. They married on January 30, 1993 in Houston. She practiced as an Attorney Associate at The Sullins, Johnston, Rohrbach & Magers law firm from 1987 until 1997, when she retired to be a volunteer and full-time mom to daughter Emily and son, William. Marte was a lifelong member of St. Luke’s Methodist Church. She was a Life Member of the Houston Bar Association; a member of the The Houston Lawyer editorial board; a member of the Junior League of Houston; a surgical ICU volunteer at Hermann Hospital; and a parent volunteer at St John’s School, the Joy School, The Regis School, and Episcopal High School. Leading up to and following her father’s death in 2018, Marte and Geoff actively worked on the administrative management of Big Six Drilling Corporation, where Chester had served as Chairman for over 50 years. An avid gardener and floral designer, Marte cherished her association with the River Oaks Garden Club since 2018 and served as its 2021-2022 Provisional Chairman. Marte is preceded in death by her parents. She is survived by her husband and soul mate, Geoff, and her beloved children, Emily Griffith of New York City and William Griffith of Houston. A celebration of Marte’s life is to be conducted at eleven o’clock in the morning on Friday, the 27th of January, in the sanctuary of St. Luke’s United Methodist Church, 3471 Westhemier in Houston. For those unable to attend the service, virtual attendance may be accessed by visiting Marte’s online memorial tribute at GeoHLewis.com and selecting the "Join Livestream" icon on the service section. In lieu of customary remembrances, the family requests memorial contributions be directed in Marte's honor to Houston Methodist Foundation ALS Fund, PO Box 4384, Houston, TX 77210-4384,for online donations, visit https://givingforms.houstonmethodist.org/GeneralGivingForm. Please select GIFT DESIGNATION “Program or Initiative” and then click the arrow and select “ALS Fund” (designated for Dr. Appel’s ALS Research); or a charity of one’s choice.
See more See Less

In Memory Of Marte Griffith