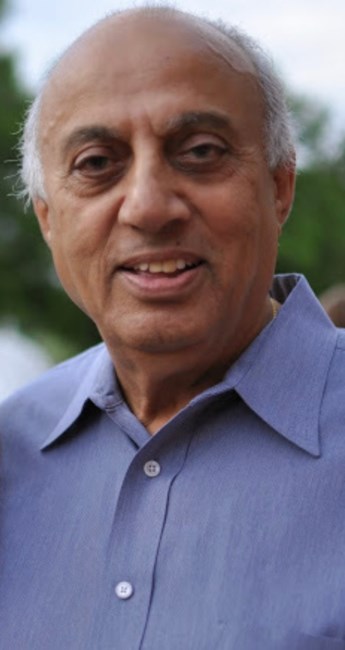 Mehelli Darabshaw Behrana of Houston, Texas passed away on January 19, 2023. At the age of 81. He was born on March 11, 1941 in Karachi, Pakistan where he grew up with his mom Dhun, dad Darabshaw, and brother Hoshang. He was educated at BVS Parsi School and later studied to be an accountant at St. Pat’s College after which he received his diploma at Balsara Institute. He married his wife Zenobia in Karachi in June of 1965. They were married for 57 years. They lived in Karachi together for eight years where they began their family of three girls. In 1974 Mehelli and the entire family migrated to Houston. Mehelli started his career in Houston as an accountant for the Lykes shipping company until he retired. In addition to working at Lykes, Mehelli held three other part time jobs to support his family. Mehelli was an honest, decent, dedicated, and hardworking man. He is survived by his wife Zenobia, his three daughters, Fiona, Vanessa, Sonia and six grandchildren, Kevin, Kyle, Serena, Hailey, Reagan and Mackenzie. He was proud of his girls' and his grandchildren. He was a kind, and loving husband, father and grandfather, as well as a good friend. Mehelli was a founding member and first treasurer of the Zoroastrian Association of Houston and found great enjoyment in being involved with his community. He enjoyed socializing with friends, playing cards and one of his greatest joys in life was eating different types of food. His kindness, generosity and selflessness will long be remembered by his family, friends and community and his memory will be cherished for all the generations of his family to come. Fond memories and expressions of sympathy may be shared at www.chapelofeternalpeace.com for the Behrana family.
See more See Less