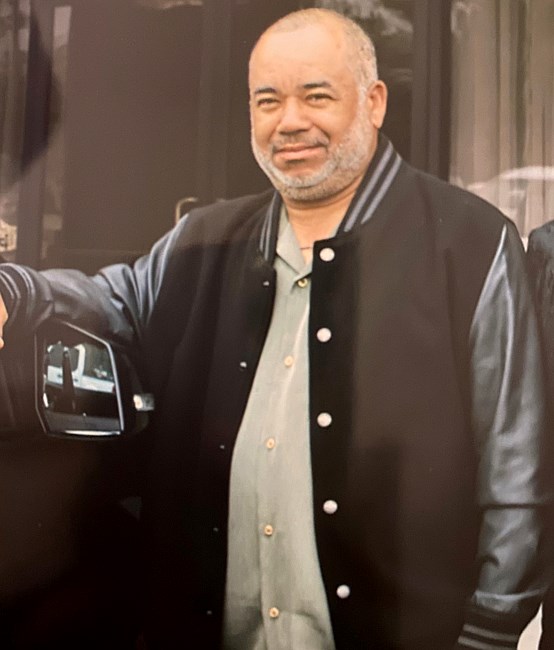 Michael Fuselier was born in Houston, Tx on September 5,1959. This amazing, quiet boy shared 11 siblings with L.D and Creola Fuselier (Braxton). At an early age his parents displayed church in all their Children’s lives, and Michael received the Holy Ghost. In 1978, Michael graduated from Kashmere High School and continued his love of working on cars (hot rods) at Hertz, where he resulted into being injured. In 1993, is when his only child (daughter) Micolette Goeyns (Fuselier) was born, mother to Shelia Parker (Hollins). His daughter and twin who he loved dearly and shared so many memories with was his true best friend many laughs, cries ,and guidance. She then grew up & had two beautiful boys who he also shared the same love as he did with his daughter. Michael was a man that had a big heart and a lot of faith. He was the only child that took care of his parents from a young man until they both were called to Heaven as well. He leaves to cherish his memories daughter, Micolette Goeyns; son-n-law, Bruce Goeyns; grandchildren, Noah & Amir Goeyns; siblings, Andre, Darrell, Dwight, Renee, Linda, Larry, Marvin, Heavenly brothers (Virgil, Larry, Rickey, Louis); girlfriend, Belinda Felder. "For I am now ready to be offered l, and the time of my departure is at hand. 7 I have fought a good fight, I have finished my course, I have kept the faith: 8 Heneceforth there is a laid up for me a crown of righteousness, which the Lord, the righteous judge, shall give me at that day: and not to me only, but unto all them also that love his appearing.” -2 Timothy 4:6-8
See more See Less

In Memory Of Michael Fuselier