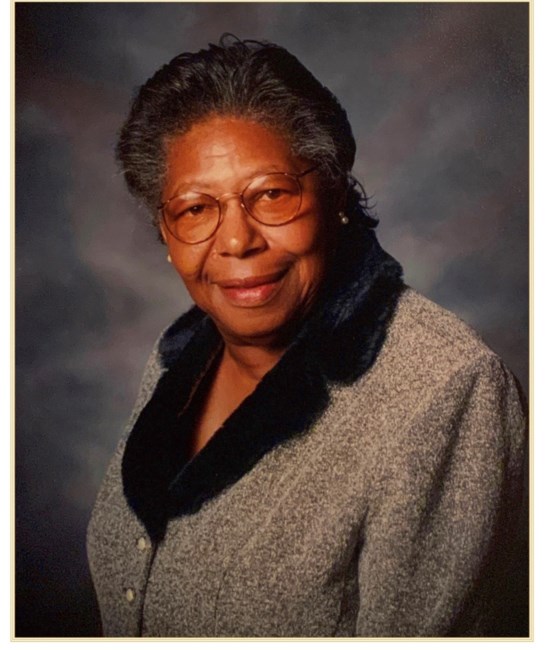 Ophelia was born in Birmingham, AL on December 24, 1931 to the late Jeff T. Alexander and Mary Lou Stewart Alexander. She was educated in the Birmingham Public Schools and graduated from Parker High School. Upon graduation, she married and ultimately settled down in New Rochelle, NY where she resided until her health dictated otherwise and she moved to be with her daughter in Kingwood, TX in January 2019. Ophelia’s early career was spent in a domestic capacity, and she eventually transitioned into the corporate realm at KraftGeneralFoods where she spent time in the test kitchen perfecting recipes for the end consumer and preparing food for film and print commercials. This was a position that she would revere, unfortunately, corporate downsizing led her away from this coveted role and into a facility maintenance position at world headquarters in Rye Brook, NY. Upon retiring at KGF, Ophelia pursued another love, privately caring for children, which she did until the completion of her career. While in New Rochelle, Ophelia was a member of Shiloh Baptist Church for over 60 years. In her final retirement years, she took full advantage of the many activities which were offered to the Senior Community of New Rochelle. Every weekday she would spend time at the Hugh A. Doyle Sr Citizens Center, where she could be found working jig-saw puzzles, enjoying a movie or various other entertainment venues with her beloved circle of friends. She loved to take day excursion, with “The Center” as she affectionately called it to Rockefeller Center and Broadway plays. She was also very passionate about health and fitness and regularly attended Silver Sneaker Classes at the YMCA. Ophelia shared both of her daughter’s sense of adventure and wanderlust. She would often be found traipsing from continent to continent by either one or both of their sides with trips by air or by sea to Buenos Aires, Seoul, Paris, Rome, Brussels, Dubai and Egypt just to name a few. Shopping and dining were always at the highlight of these excursions. She was also an accomplished seamstress and cook. People often marveled at her creations in both realms. Ophelia was the mother of three children, Dyana Thomas, Faith Alexander and Brad Payne. She is survived by two children, daughter, Faith Alexander-Felder of Kingwood, TX and son, Brad Payne of Long Island, NY; a sister, Loretta E. King of Saginaw, MI; a brother, Alexander Alexander of Saginaw, MI; two granddaughters, Anayah M. Payne of Central Islip, NY and Havillyn A. Felder of Kingwood, TX; a great grandson, De’Ane ; and a host of nieces, nephews, great-nieces, great- nephews and great-great nieces and nephews. A memorial service will be held in Ophelia's honor on Saturday, August 13th, 2022 in Canton, Michigan.
See more See Less

In Memory Of Ophelia Theresa ALEXANDER