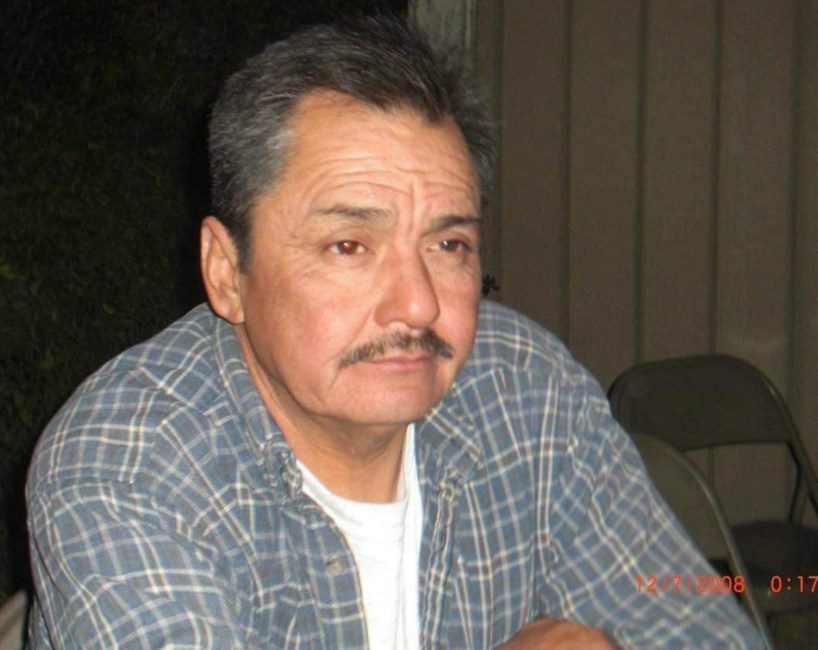 Paul Apodaca Jr. age 61 of Houston, TX passed away on Saturday, January 14, 2023. Paul was born to Virginia Roque and Paul Apodaca on July 27, 1961. He accomplished many things throughout his life having created his greatest when he became a father in 1980. Later, finding his wife Maria and together they formed a great partnership. Paul is preceded in death by his mother Virginia. He is survived by his wife Maria Apodaca, daughter Melissa Apodaca, grandchildren Marcus, Brianna, Alleynah, sister Eva Apodaca and brother Roland Apodaca. Visitation for Paul will be held Friday, January 20, 2023 from 11:00 am to 9:00 pm at Funeraria Del Angel Crespo Navigation, 2516 Navigation Blvd., Houston, TX 77003. A graveside service will occur Saturday, January 21, 2023 at 10:30 am at Brookside Memorial Park, 13747 Eastex Freeway, Houston, TX 77039.
See more See Less

In Memory Of Paul Apodaca Jr.