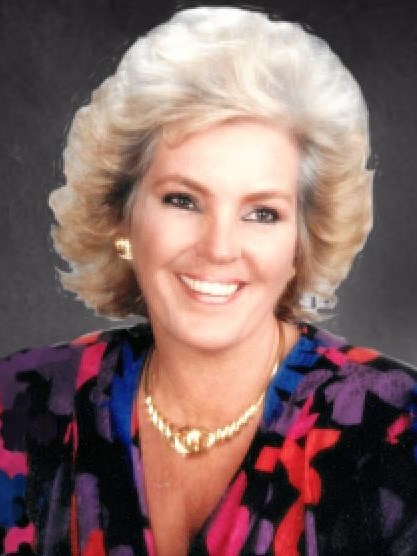 Rosemary Schneider Garbett, age 87, peacefully passed away on Friday, the 20th of January 2023, at her Houston home. She was born on the 9th of July 1935, in Houston to Rudolph and Lorena Schneider. She graduated from Lamar High School. In 1970, Rosemary and her husband started the locally-popular Los Tios Mexican Restaurant chain. In 1976, her husband passed and Rosemary took control of the business until she sold the restaurants in 2000 and retired. During her business career she was an industry leader and strong voice for women in business. She generously gave back to the community; investing her time and money across a number of industry organizations. She was a pioneer as she served as the first woman president of the Houston Restaurant Association (HRA) and first woman to be inducted into the Texas Restaurant Association’s (TRA) Hall of Honor. She received many awards for her dedication including HRA’s Outstanding Restauranteur of the Year 1980-1981, 1986; Pacesetter Award through the Round Table for Women in Food Service 1986; Named as “Woman of the Year” in 1987 by the Houston Post and Texas Executive Women. Her success story was featured in many publications including Restaurant Business, Nations Business, Inc., The Houston Chronicle, DBA, Restaurants and Institutions, and Forbes Magazine. Mayor Kathy Whitmire recognized Rosemary by proclamations for her contributions to the City of Houston in 1982 and 1983. She had the heart of a Champion for Houston and “gave back” in so many ways to organizations with a mission to improve the city and benefit its citizens. She served on a number of committees and Boards including the Leukemia Society, Baylor 10 Committee, JDRF, Institute of Hispanic Culture, Crohn’s/Colitis, Kidney Foundation, Houston Youth Symphony and Youth Ballet, Alley Theater Advisory Board, Houston Committee, Greater Houston Partnership, Clean Houston, GHCVB, Sterling Bank, Torch of Liberty, Cerebral Palsy, Rice University SBD, Westchase District, and enjoyed membership in many others like her lifetime membership in the Houston Livestock Show and Rodeo serving on the International Committee (Diplomat) and the Ladies Season Box Committee. Rosemary was preceded in death by her parents, Rudolph and Lorena Schneider, her husband, Thomas Garbett, Jr., sister, June Schneider, and brother Rudolph Schneider. She is survived by her brother Ted Schneider, sister Rudy Schneider, Children: Susan G. Kendrick and husband Richard, Thomas M. Garbett III and wife Mary, Katherine A. Garbett Casanova, Michael S. Garbett, numerous loved grandchildren and great grandchildren. Friends are cordially invited to gather with the family and share remembrances of Rosemary during a reception from five o’clock in the afternoon until seven o’clock in the evening on Tuesday, the 31st of January 2023, in the library and grand foyer of Geo H. Lewis & Sons, 1010 Bering Drive in Houston. A celebration in honor of the life of Rosemary S. Garbett is to be conducted at two o’clock in the afternoon on Wednesday, the 1st of February 2023, in the Jasek Chapel of Geo. H. Lewis & Sons, where the Rev. Sharron Cox is to officiate. Immediately following, all are invited to greet the family during a reception in the adjacent grand foyer. Prior to the service, the family will have gathered for a private interment at Forest Park Westheimer in Houston. Rosemary enjoyed great food, the ballet and symphony. In lieu of customary remembrances and for those choosing, memorial contributions may be directed to the Rosemary S. Garbett Endowed Scholarship Fund at the University of Houston to support students in the Conrad N. Hilton College of Hotel and Restaurant Management at https://giving.uh.edu/gift/?allocation=HE20860RN ; the Houston Symphony, 615 Louisiana Street, Suite 102, Houston, TX 77002 ; the Houston Ballet, Attn: Stephanie Faulk, 601 Preston Street, Houston, TX 77002; or to the charity of your choice. Please visit Mrs. Garbett’s online memorial tribute at GeoHLewis.com where memories and words of comfort and condolence may be shared with her family.
See more See Less

In Memory Of Rosemary S. Garbett

Visitation with the Family