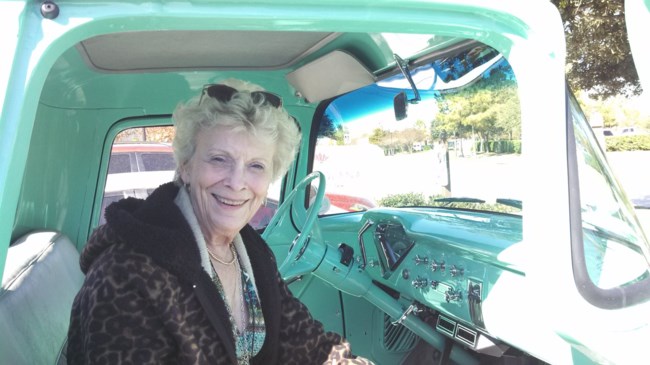 Clair was born on February 26, 1936, in Bay City Texas, only daughter to Dr. and Mrs. Bruce Clair Berger (Doc and Bibbie). Clair grew up in West Columbia Texas, and then in Houston Texas. She graduated from San Jacinto High School and went on to earn a bachelor’s degree from Southern Methodist University. In college she was a proud member of the Kappa Kappa Gamma sorority. After college, Clair married Farrell G. Huber, Jr., settled in Houston, and had two daughters, Holly Huber and Heidi Jackson. When her daughters were young, Clair remarried and relocated with Holly and Heidi to West Columbia, Texas. Later, Holly married and blessed Clair with two granddaughters, Heather Huber, and Hannah Arlette. Later still, Heather and her husband Tim Gosch blessed Clair with a great-granddaughter, Harper Violet Huber-Gosch. Clair’s daughter Heidi married Clair’s “favorite son-in-law” Sam Jackson. Heidi and Sam blessed Clair with many grand-dogs and other grand-livestock, including cattle, donkeys, and chickens. Clair had a varied career, which in her younger years included assistant to the principal of River Oaks Elementary School, wedding consultant at Neiman Marcus, volunteer work at both the Houston Museum of Natural History, and one of her favorite places, the Bayou Bend Collection and Gardens of Houston’s Museum of Fine Arts. Bayou Bend was formerly the home of Ima Hogg. Clair enjoyed the connection with Ima Hogg of hailing from both West Columbia and Houston. Later, Clair became a licensed real estate broker and had a successful career selling real estate. However, her true passion was always travel. Her favorite career, and longest tenure, was that of travel agent. She was able to see the world and help others do the same. Clair immersed herself in the joy of visiting almost every country in the world. She would gleefully tell anyone listening that she had set foot on every continent on Earth, including Antarctica. Clair died on January 19, 2023, in Katy Texas, where she had lived for the last several years, first in assisted living and then in memory care due to the progression of Alzheimer’s. Starting around 2010, Clair was especially blessed to meet and enjoy the companionship of her most steady and faithful friend, Sandra Lopez. Sandra was with Clair for every step of her final journey, and their love for each other was a wonderful thing. It was with divine assistance that Clair completed her last assignment as travel agent, sending Sandra and her husband Rony on an anniversary trip to New York City, one of Clair’s many favorite places in the world. When asked what her most favorite trip was, Clair would always reply, “The Next One!”. A graveside service for Ruth will be held Tuesday, January 31, 2023 from 1:00 PM to 2:00 PM at Forest Park Lawndale, 6900 Lawndale Street, Houston, TX 77023. Fond memories and expressions of sympathy may be shared at www.crespofuneralhomebroadway.com for the Huber family.
See more See Less

In Memory Of Ruth Clair Huber