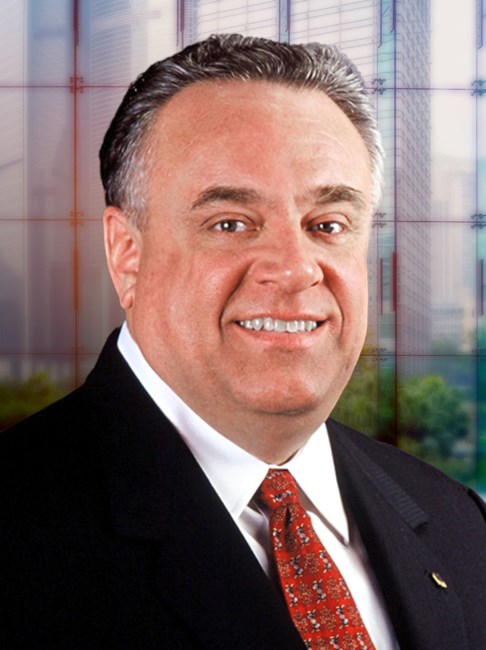 A giant of American Funeral Service passed away at his residence surrounded by his loving family on Thursday, March 19th, 2015. Steve Mack was born in New York, NY in 1952, the son of Ivan and Ethel Mack and grew up in Lindenhurst, Long Island. He attended parochial schools and graduated from St. John the Baptist High School in June, 1970.

In his teens, Steve began working for a local funeral home as a gardener and errand runner, not realizing the life-long career path upon which he was about to embark. While mowing the establishment’s lawn one day, the owner came out and asked him if he owned a suit. When Mack replied “yes,” the owner told him to “Go home, put it on, and come back.” Upon his return, Steve was put to work greeting and assisting visitors and client families. As his interaction with grieving families became more frequent, one family came back after a service and told him that he had made a difficult time very easy for them. It was at that moment that Steve began to think more seriously about funeral service as a career. After graduation from high school, he attended State University of New York, earning a degree in Applied Science in June of 1973. A few months later, he was working as an Apprentice Director of Service Corporation International’s Claude R. Boyd Funeral Home in Babylon, New York. Over the next decade, he advanced through the ranks at Boyd and other SCI funeral homes in New York City. In 1983, he became Manager of Walter B. Cooke Funeral Home in the Bronx. The following year, he relocated to Florida when he was named General Manager of Riverside Memorial Chapel in Miami Beach. In 1985, Steve was promoted to the position of District Manager for the then Southeast Region, and in 1986 he returned to New York to become Assistant Regional Manager for the Eastern Region. Steve was subsequently promoted to Vice President, Regional Manager for the Eastern Region in 1987, and then Eastern Region President in 1992, all while still living in Riverdale, New York. When SCI was reorganized into two North American Divisions in 1996, Steve assumed responsibility for all operations East of the Mississippi. He was elected a Corporate Vice President by the Board of Directors in 1998 and became head of North American Operations in March 1999. In August of 2002, Steve was appointed Sr. Vice President of Eastern Operations.

During 1999, although forever a New Yorker at heart, Steve relocated to Houston with his beloved family, who are now left to mourn his passing. Steve is survived by his loving wife Barbara, a former Critical Care Nurse, and their two children, Kate Mack Kozak, her husband Kevin of Austin, Texas, and “number one son” Christopher of Tulsa, Oklahoma. He is also survived by his mother, Ethel of Lady Lake, Florida; brothers and sister, Kevin Mack, also a funeral service professional with SCI, of East Yaphank, New York; Brian Mack and Eileen Parascandola both of Lady Lake, Florida; several aunts and numerous nieces and nephews.

Steve was preceded in death by his father, Ivan A. Mack; two sisters, Kathleen Borzello and Leslie Marie Mack.

Steve was born an avid Yankees fan, attending over a dozen opening day games. In his leisure time, he enjoyed tennis, basketball and golf. Something that brought Steve great peace and pleasure was spending time at his summer home in Montauk, New York, where for over 25 years great memories were created with his family and friends. This was a magical place where, no matter how busy life became for Steve and those he loved, they would drop everything to get there and enjoy long days at the beach, ending with beautiful sunsets.

Steve’s family would like to thank his SCI colleagues, especially those in the Office of the Chairman and his long-time assistant, Gigi, who have been so generous with their time and love; his childhood buddies who have continued to be an important part of his life; and finally his caregiver Lisa.

A Mass of Christian Burial is to be celebrated at eleven o’clock in the morning on Friday, the 27th of March, at the Church of St. Ignatius Loyola, 980 Park Avenue at 84th Street. Immediately following, all are invited to a luncheon with a brief program to follow, at the New York Athletic Club, 180 Central Park South.

The rite of committal and interment will be private on Saturday, the 28th of March in Montauk, New York.

In lieu of customary remembrances, memorial contributions may be directed to Angela's House Houston, 6725 Reed Road, Houston, TX, 77087; or to the Wounded Warrior Project. An extraordinary mentor and leader, Steve will be remembered for inspiring others with his commitment to integrity and excellence. As Steve recently wrote, “Let’s agree to keep moving forward… Always be moving forward.”

In Memory Of Stephen M. Mack

Rite of Committal and Interment - Private