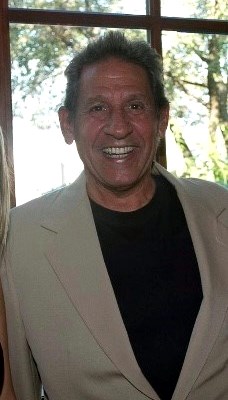 The generous and loving heart of Bill (Spear) Bartlett stopped on Monday leaving his family and host of friends deeply saddened but full of indelible memories. Bill was the son of Thomas W. Bartlett, Sr and Vivienne Talbot Bartlett. Born in Tulsa, he was raised in the Memorial area of Houston attending St Cecelia’s Catholic School and graduating from his beloved St Thomas High School in 1969. He attended the University of Texas and obtained his degree from the University of Houston. At St Thomas, Bill made lifelong friendships, most of all with his teammates on the 1968 TCIL State Championship football team, one of the greatest teams in Eagle history. A feisty running back who wanted the ball a lot more than it was given to him, he cherished those memories and those teammates and coaches. Bill was a fine multisport athlete, playing baseball and basketball as well as summer coaching the St Thomas Pony League “B” team although with limited success. He loved sports especially UT football, Celtic’s basketball and the occasional Friday night on Memorial and Shepherd watching the Eagles. Bill also loved a good party, of which he was invariably “the life of”. He generously (and anonymously) picked up the tab for the Class of 1969 annual Christmas event, which he named “Bulls Night Out”, always ending with Spear doing the Worm. This kept the class, and even the classes around 1969 in touch and renewed our love and commitment to St Thomas and one another. Bill also fostered group communication with his famous emails espousing his current philosophy of life, a joke he wanted to tell or a needle he wanted to insert in one or more old friends. These will be sorely missed. The greater Houston community will no doubt miss his numerous letters to the editor in The Chronicle. When asked to describe Bill, various members of the St Thomas group used words like “our beacon”, “our heart”, “brilliant”, “unique sense of style”( think opera cape, Converse red high tops and a bow tie), but most often ,“loved”. Bill loved the theater and for many years purchased a half dozen or more season tickets which he shared with his play going group and a rotating cast of family and friends, each play followed by dinner and discussion always with a one of a kind Spear take on the play. He was famous at the Alley for often dressing thematically for the play, such as cape and slicked back hair for Dracula. Bill had a successful career in the demolition industry. Anyone who ever had Spear visit them in their home or even the occasional restaurant knew this was his calling as he never failed to break something. He was the President of Olshan Demolishing and the President and co-owner of Gulf Coast Dismantling which he built into a preeminent nation- wide commercial demolition company. He was a recognized expert and leader in his industry , respected by his peers and employees, who were devoted to him. Bill’s business success fueled his always anonymous philanthropy. He was a generous and substantial support of St Thomas High School, Inner City Catholic Schools, Catholic Charities, St Ambrose Catholic Church, the Alley Theater and many other charities and organizations. Bill was a devote Catholic an active and involved member of St Ambrose Catholic Church serving at various times on the Parish Council and always helping out when needed. He prayed the Rosary often and in retirement went to daily Mass (in his new black Corvette). Bill is survived by his wife of 37 years, Susan Junker Bartlett, his daughter Hillary Johnson and her spouse Hon. Kelly Johnson son, Thomas W. Bartlett, III and daughter Clare Bartlett, all of Houston. Grandsons Evan Johnson and William Johnson, his sister, Alma Jane Aucoin and brother John Bartlett of Houston and his sister Beth De Spain of Killeen, Texas as well as numerous nieces and nephews and dozens of lifelong friends. There will be a visitation followed by the Rosary this Thursday evening, September 22nd at Earthman’s Hunter’s Creek beginning at 6:00 PM. The Mass of Christian Burial will be Friday, September 23rd at St Ambrose Catholic Church, 4213 Mangum Rd. at 11:00 AM, with internment to follow at Memorial Oaks. In lieu of memorials, please consider a donation to the St. Thomas High School Foundation, Class of 1969 Scholarship which had a special place in Bill’s charitable giving. The address is 4500 Memorial Dr, Houston TX 77007. Finally, this obituary would not be complete without a word from the wordsmith himself: “ Next week we acknowledge our eventual return to dust. The mystery is not if we will die, or even when, but will we be remembered. As I mentioned last month, from cradle to grave we all crave that someone somewhere will remember and love us; even better if we have loved them. May all your remembrances of classmates and coaches be laudatory and benevolent and engender tender thoughts of them; and last from this lifetime into the next. Spear”
See more See Less

Visitation with the family