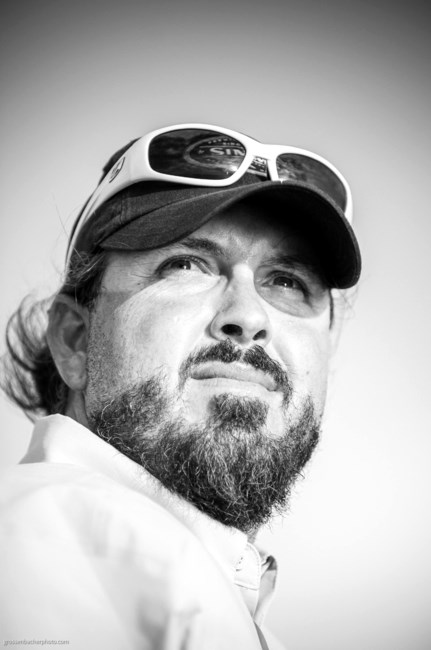 Travis Alan Holeman died of cascading health complications of Covid 19. He was a well know, nationally recognized Professional fishing and hunting guide who along with his Brother Bear, appeared on numerous TV shows including 10 years on the ESPN2 Redfish Cup Series, Madfin Shark Series, Kings of Game on Carbon TV and most recently as co-host of the award winning Chasin the Sun TV series on Discovery Channel. He was an avid outdoorsman who participated in research programs for the Bonefish and Tarpon Trust in conjunction with the University of Massachusetts Permit fish tagging programs. He was very involved in fisheries conservation and water preservation with such organizations as Captains for Clean Water and organizations involved in Everglade’s restoration. He conducted fishing clinics and educational programs as guest speaker, all over the US and in many countries. He also mentored many young fishermen who were sincere about being a professional angler. If it were possible to compress a century of life into a short forty-five years, Travis Alan Holeman succeeded. Known for his stamina and physical strength, he hunted in some of the most difficult terrain in the U.S... As recently as last October he carried a field dressed bull elk off a high mountain in Colorado. He fought and landed numerous world record fish and guided others to world records. COVID-19, however, was one fight he couldn’t win. Despite his condition, he charmed and befriended the medical staff who fought valiantly alongside him for 39 days. He was one of those people you meet and immediately befriend. As his youngest relative, Jaxon, excitedly said, “Travis will get to hunt and fish as much as he wants in Heaven”. Travis Alan Holeman, born in Waco, Texas on June 25, 1975, to Greg and Renee’ Holeman. He departed this world on May 18th, 2021, in Miami Beach, Florida. Travis was preceded in death by his Maternal Grandparents, Joan Aguirre and James Cleland, his Paternal Grandparents Billie Jack and Mildred Holeman, his uncle, James Alan Holeman and Aunt Patricia Holeman. He is survived by parents, Greg and Renee’ Holeman of Edmond, Oklahoma; Brother Bryan “Bear” Holeman, sister-in-law Jennifer and nephew Bannan Holeman of Sugarloaf Key, Florida; Aunt Billie Brinkley and husband David of Baytown, Texas; Uncle Henry Holeman and wife Laura of Gary, Texas; Uncle James Glen Cleland and Aunt Donna Cleland; and numerous cherished cousins. He is also survived by a special friend and love, Stephany Duvall. For continued updates or to add your own stories about Travis, go to The Legacy of Captain Travis Holeman on Facebook. Visitation will be Wednesday, May 26 from 5:00pm to 8:00pm at Pat H. Foley Funeral home, 1200 W 34th St, Houston, Texas. Funeral Service will be Thursday, May 27 at 10:30am at Our Savior Lutheran Church, 5000 W Tidwell Rd, Houston, Texas, officiated by Pastor Laurence White. Interment following at Memorial Oaks, 13001 Katy Freeway, Houston, Texas In lieu of flowers, donate to your favorite Charities or you can go to his go fund me page https://www.gofundme.com/f/travis-holeman-covid-recovery-fund from which proceeds will be used for funeral and medical expenses. Anything left over will be donated to Travis’ favorite charity, Captains for Clean Water.
See more See Less

In Memory Of Travis Alan Holeman