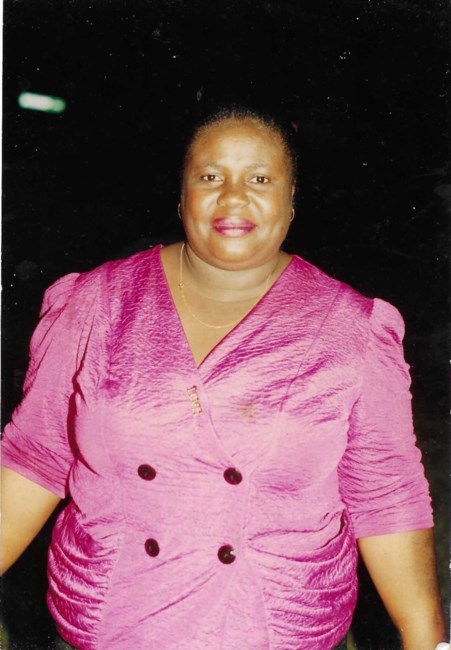 Ula Alberta October David went home to be with the Lord on September 10,2021 at age 63. Ula was born to late Reginald October and Sheila October David on July 12,1958 in New Amsterdam Berbice, Guyana. She was the youngest of thirteen children. She lived in Guyana for twenty seven years, where she attended Roman Girls School, Benons( shorthand and typing school). Ula later met Reginald Crawford in 1982, and later got married in 1985. The family later migrated to United States of America in 1985; they were married for fifteen years. Our mother, Ula was one of the strongest women to ever walk this earth and our family was blessed to have her as the head of our family. She is survived by her five children, Tanaka, DD, Denita, Qualis, and Reginald, three grandchildren, Jasmine, Donnie, and Jasline, two great-grandchildren, Joel and Raziya. A memorial service for Ula will be held Thursday, September 23, 2021 from 11:00 AM to 1:00 PM at Advantage Funeral & Cremation Services, 7010 Chetwood, Houston, TX 77081. Fond memories and expressions of sympathy may be shared at www.AdvantageHoustonFunerals.com for the David family.

In Memory Of Ula Alberta David