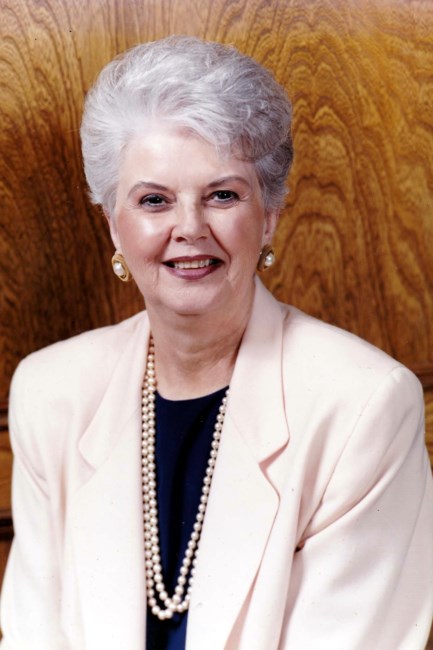 Jo Russell, 90, passed away peacefully on Monday, October 04, 2021. She is preceded in death by her loving husband, Allen, and survived by her sons; Russell Hulbert Jr., Douglass Hulbert, Richard Hulbert (wife Corinne Lock); daughter Suzanne Hulbert Carso; brother Lloyd Hough (wife Nikki Press); numerous cousins, grandchildren, and great grandchildren. Jo was born on Friday, July 17, 1931 in Cohay, Mississippi to Homer and Mattie Lee Hough. Following World War II, she married U.S. Army 1Lt. Russell D. Hulbert of Salem, Massachusetts. The couple resided in Brookline, Massachusetts. After two deployments to West Germany (1949 - 1952 and 1957), she settled in Houston as a single mother of four, where she resided until her passing. Jo was a longtime employee of Bland-Willis Cadillac in Houston. She was a fiercely independent and strong-willed woman who, as a citizen activist, successfully spearheaded the project of air conditioning the Galena Park School District in the mid-1960's. When officials told her, "We can't," she demanded, "Why not?" taking on the local oil giants and politicians. She was a devoted mother, rearing her four children and setting exacting standards for their academic and personal lives and was an active member of Houston's First United Methodist Church. In 1965, Jo married Allen H. Russell, a real estate broker and former president and general manager of the Houston Buffs baseball team. She began her career in a professional real estate partnership with her late husband. They were both actively involved in the Houston Athletic Committee, where they revived the very popular annual Houston Baseball Dinner, honoring professional and amateur athletes throughout the United States. In 2011, she retired from the Athletic Committee and joined the Baseball Assistance Team, working to support former players who needed help and had nowhere else to turn. Jo's health declined in 2017 following a series of falls and diagnosis of dementia. In lieu of flowers, the family requests that donations be made in Jo's name to the Quillian Scholarship Fund of First Methodist Houston or your favorite charity. A funeral service for Jo will be held Tuesday, October 12, 2021 at 1:00 PM at Memorial Oaks Funeral Home, 13001 Katy Fwy, Houston, TX 77079 with a committal service to follow. Fond memories and expressions of sympathy may be shared at www.memorialoaksfunerals.com for the Russell family.
See more See Less

In Memory Of Vera Jo Russell