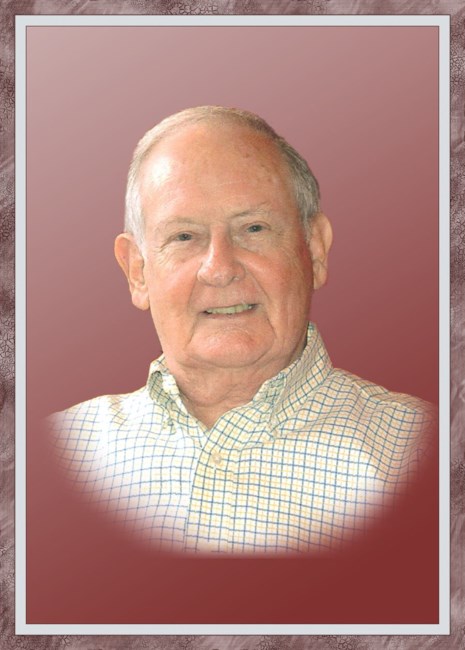 William Hoffman, born on the 28th of February 1925, in San Diego, Texas, passed away on the 1st of February 2011, in Houston. Bill grew up in San Diego and graduated Suma Cum Laude from Texas Military Institute in San Antonio. He served in the U.S. Army during WWII, and was stationed in the Philippines. Bill graduated from the University of Texas at Austin in 1949 with a degree in business. While there, he joined Sigma Nu Fraternity and was a member of the Silver Spurs. It was here that he met his best girl, Sue, from Hillsboro. After graduating, he moved to Houston, where he worked for Superior Oil Co. for 32 years before retiring in 1982. He was a longtime member of the Houston Country Club and Bethel Church. "Daddy Bill" was a devoted family man who loved spending as much time with his family as possible. He was predeceased by his parents, William K. Hoffman and Winnie Davis Hoffman; and siblings, Margaret Haegelin, Harold Hoffman, Lillian Luby, and Rosemary Skaggs. He is survived by his wife of 59 years, Sue Wilkirson Hoffman; children, William K. Hoffman III and his wife, Linda, and Emily H. Vaughn; and grandchildren, Katie Hoffman, Trent Hoffman, Tyler Hoffman, Cliff Vaughn, and Haley Vaughn. The family would like to express their gratitude to Jessica Holmes, Melinda Bridges, Marilyn Skinner, Ursula Riston, and Davetta Yarbrough, all of Caring Hands, Inc., for their loving care. A memorial service is to be conducted at three o'clock in the afternoon on Friday, the 4th of February, in the Jasek Chapel of Geo. H. Lewis & Sons, 1010 Bering Drive in Houston. Prior to the service, the family will have gathered for a private entombment at Forest Park Westheimer Cemetery in Houston. Serving as honorary pallbearers during Friday's service are Kenneth Bentsen, LeRoy Capps, Richard Nelson, Jim Reichert, Sam Senglemann, Glenn Skaggs, Trent Hoffman, Tyler Hoffman, and Cliff Vaughn. In lieu of customary remembrances, the family respectfully requests that contributions in Bill's name be directed to Bethel Church, 825 Bering Drive, Houston, TX, 77057.
See more See Less