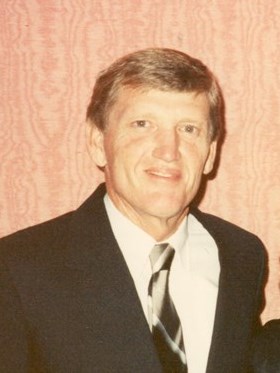 William F. Joplin was born in Houston to John L. and Jean Joplin on the 14th of July 1936 and passed away in Houston on Monday, the 1st of August 2022. He was 86 years of age. Bill attended his first Rice football game in 1948 when the Owls upset Bobby Lane and the Texas Longhorns 18 - 13. Bill loved many sports and had an amazing memory for sports statistics. He was a proud alumnus of St. Thomas High School where the newest addition to the recently renovated campus was named after Bill and his wife, Jane. After high school, he attended Rice University and graduated from the University of Texas in business and engineering where he was a member of the Kappa Sigma fraternity. He treasured his Kappa Sig friends throughout his life, even mentioning some of them during his last days. After graduation from the university, he received his commission and served in the navy for two years before returning to Houston where he began his business career. Eventually he became president and chairman of Oil and Gas Supply Co. and a partner in Joplin Holdings, one of the leading compressor fabricators in the country. Bill was an avid low handicap golfer. After being a runner-up many times, he finally won his first club championship at age 52. At age 63, he was the first senior club champion at the newly formed Shadow Hawk Golf Club. Bill and Jane were a very competitive mixed doubles tennis team, and won several tournaments. Bill was also an accomplished bridge player. Competitive bridge became his old age sport, and he played almost daily. Bill was a man with a deep Christian faith who loved his family dearly. Throughout the years, he was fond of planning group trips which included all his children and grandchildren. Regardless of the destination, a golf course was always part of the plan. He is survived by his wife, Jane, to whom he was married for 48 years. Their bond was very deep. He is also survived by his children, Katherine Joplin, Richard Joplin and his wife Anne, and Elizabeth Joplin; and by Jane’s children, Tom Biggs and Anne Hereford. His much-loved grandchildren are Jordan, Jessica, and Grace Joplin and Scott Hereford. A memorial service is to be conducted at eleven o’clock in the morning on Thursday, the 11th of August, at First Presbyterian Church, 5300 South Main Street, where Rev. Dr. Jon Crantz is to officiate. Immediately following, all are invited to greet the family during a reception in the nearby Fellowship Hall. In lieu of customary remembrances, the family requests with gratitude that memorial contributions in Bill’s honor be directed to St. Thomas High School, 4500 Memorial Drive, Houston, Texas 77007 or Presbyterian School, 40 Oakdale Street, Houston Texas 77006.
See more See Less

In Memory Of William F. Joplin