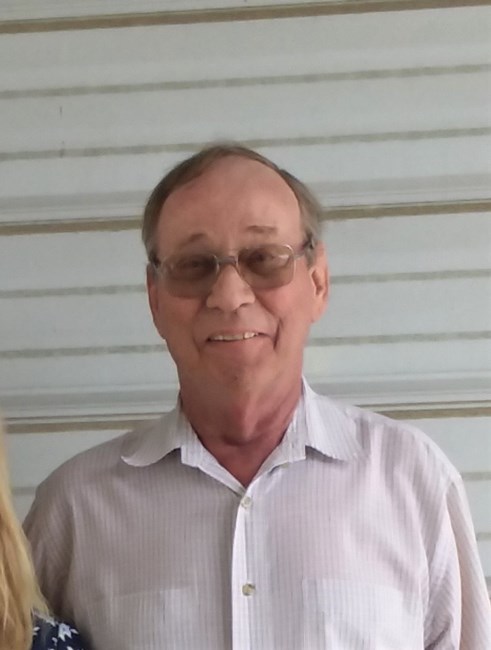 Frank Lee Freitas was born on June 29, 1951 to Cecil Freitas and Ola Marie (Shaw) in Modesto, Calif. He is proceeded in death by his mother, wife of 35 years Arlene, his 12 year old son Frankie, 2 sisters, Connie of Oregon and Cheryl of Ohio. Left behind are his father Cecil Freitas, wife Sandra Freitas, brothers, Chester Smith of Ca., Carl Smith of Ok, Harold Smith of Ok. and sister Carol “Kricket’ Goodner of Calif. Frank was a 32nd Degree Mason and Life Member of Riverbank Lodge #459". He felt great honor in this. At the age of 15, he started his working career at Hub Services in Riverbank, CA. working his way up from gas station attendant to recapping tires and on to setting up and operating the auto parts department and in charge of keeping the computers up to date. He then went on to owning and running ‘Computer Solutions’ out of Modesto for 25 years, which he loved. Whether building a computer from scratch to pulling wire he always made sure his customers were satisfied. No matter what he was doing, he had excellent work ethics. Frank had a passion for the water, whether on one of his speed boats or fishing from his pontoon boat with loved ones and friends. He also had a passion for fast cars and trucks. His first being a red, 1940 Ford Pickup that he tried to hide from his dad, Chester Smith. He also owned a first off the line 1969, 707-horsepower Dodge Challenger which he wished he still had. As a young man he was proud to be a part of Dan Reeds racing team out of Stockton, CA. too. Frank also had a passion for guns and was a member of the Escalon Gun Club in Escalon, Calif. and was a board member of the Ada Gun Club in Ada, Okla. Frank was such a likable man, using his humor, quick wit and knowledge to aid anyone in need – never complaining. He loved having coffee, breakfast or lunch with his friends and keeping up with their personal lives. Frank was loved by many and he loved them too. In 2016 he closed his computer business and moved to Oklahoma with Sandra Pruette. On September 10 2022, he married Sandra, just 10 days before his passing of cancer on September 20, 2022. There will be a funeral service on Saturday, September 24 at 2:00 at Criswell Funeral Home in Ada, Ok. There will also be a memorial service for him at Lakewood Cemetery in Hughson, Calif. on Thursday September 29th at noon. A funeral service for Frank will be held Thursday, September 29, 2022 from 12:00 PM to 1:00 PM at Lakewood Funeral Home, 900 Santa Fe Ave, Hughson, CA 95326. Following the funeral service will be a graveside service from 1:00 PM to 2:00 PM at Lakewood Memorial Park, 900 Santa Fe Ave, Hughson, CA 95326.
See more See Less

In Memory Of Frank Lee Freitas