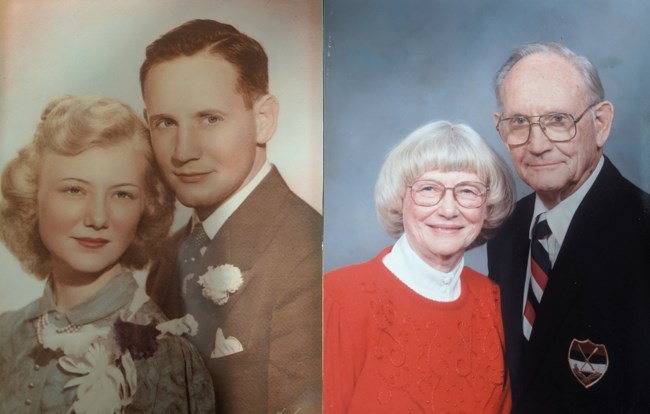 Lena Lucille Paul passed away and went home to her Heavenly Father on Sunday evening, June 23, 2019, at approx. 9:45 pm from a sudden cardiac event. She was living in Medway, Maine with her daughter, Susan, and grandson, Kevin. She had always preferred to be known as “Lucille” rather than “Lena” and was also fondly known as “Gaga” or “Loop” or “Mom” by family and friends. Her late husband, Kenneth, often affectionately called her “Tooter”! She was a wonderful wife, an amazing mother, grandmother, and a friend to all. Always willing to lend a listening ear and a helping hand and was a truly devoted Christian woman – such a wonderful example for all of us. She almost made it to 95 years of age, just 6 days short of her next birthday! Lucille was born in Sedan, Oklahoma to Frank Slohn and Edna Faye Slohn and had a younger sister and brother. She was raised on a very large farm in Oklahoma, graduated from Sedan High School in 1942, then moved to Oklahoma City to attend Weatherford College where she studied to become a business secretary. After finishing there, she was hired at Tinker Field Air Force Base in Midwest City, Oklahoma for the duration of WWII. During that time, she was introduced to her future husband, Kenneth Paul, who was attending Carver Chiropractic College in Oklahoma City along with her sister, Pauline, who had set up their introduction to one another. Kenneth graduated from chiropractic college, they were married, and then they traveled to South Africa, where Kenneth was originally from. They lived there for 3 years then moved back to the United States. They lived for a short period of time in Oklahoma, had 2 daughters, Susan and Kathy, then moved to California where they lived for 52 years until Kenneth passed away in March 2011. A few years following his death, Lucille moved to Maine with her daughter, Susan, and grandson, Kevin. She had lived in Maine from August 1, 2015 to her passing date of June 23, 2019. Lucille’s surviving family is her younger brother, Frank R. Slohn, who lives in Mount Ida, Arkansas. Her older daughter, Susan, with whom she lived, is in Medway, Maine, and her younger daughter, Kathy Warren, lives in Huntington Beach, California, with her husband, Steve Warren. She is survived by 8 grandchildren. They are: Andrew Warren & wife Jessica, Trevor Warren, Grant Warren, and Whitney Anuwe and husband Jude Anuwe. Other grandchildren are Kenneth Sylvia & wife Tene, Katie McKee & husband Vaughn, Kellie Drewrey, and Kevin Drewrey. She is survived by 2 great grandchildren, Gabriel James Sylvia and Annette Lily Anuwe. Lucille was a shining example of a Christian woman, and everyone could see this in all she said and did. We feel so very, very blessed that the Lord gave us the opportunity to know and be with this mother/grandmother/aunt/friend. Our “Gaga,” “Loop,” “Lucille,” and “Mom” will be so deeply missed, but we know with faith and certainty that she is happiest now and in a much better place. She is dearly loved and remembered by family and friends, and we all know how much love, kindness, and compassion she had in her heart and soul to extend to others. She always had an encouraging word and saw the best in people. No one was a stranger for long when they met her. She was warm and welcoming, as was her husband of 60 years, Kenneth. We love you, our dearest mom and Gaga (grandmother). We are thankful for each and every moment we had with you. We will cherish our memories of you until we meet once again!
See more See Less

In Memory Of Lena Lucille Paul