We thank you for all of the phones call and support. Please share your fond memories and expressions of sympathy below for the Goudeau Family. 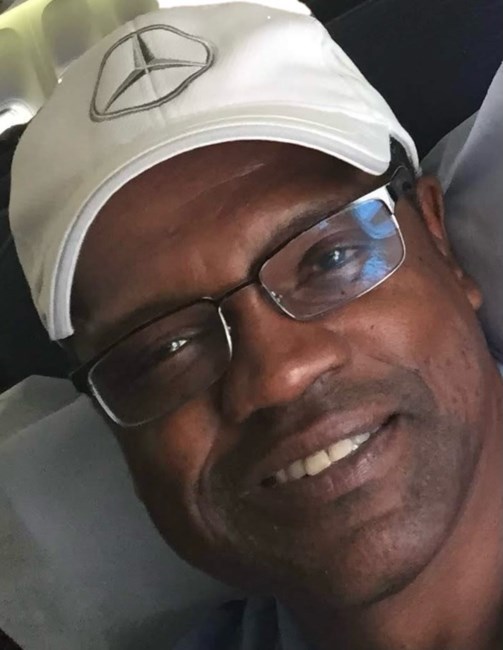 Carl Anthony Goudeau, age 65, of Spring, Texas exchanged his earthly home for his heavenly home on Saturday, July 23, 2022. We are grateful for the life he lived and he will be dearly missed. Carl Anthony Goudeau was the third of five children born to the late Joseph and Pauline Goudeau on March 23, 1957, in Mansfield, Louisiana. Carl accepted God into his life at an early age and was baptized at Saint Mary’s Catholic Church in Rambin, Louisiana. In 1975, Carl graduated from Pelican High School (Pelican, LA) as the class valedictorian. He then went on to attend Louisiana Tech University in Ruston, Louisiana. He was a proud member of the Theta Pi Chapter of Phi Beta Sigma and was a member of the chartered line in Spring of 1976 at Louisiana Tech University, where he was given the line name of “Aries”. Carl received a Bachelor of Science Degree in Petroleum Engineering from Louisiana Tech University in 1979. While at Louisiana Tech, Carl met the love of his life, Sharon “Renee” Gardner, whom he truly adored. On July 5, 1980, Carl and Sharon tied the knot in Monroe, Louisiana. They were blessed with four beautiful children - Shantel, Carlisa, Jasmine and the “Man Child” Carl Joseph (CJ). Carl began his professional career as a Petroleum Engineer at Mobil Oil Company (currently ExxonMobil) where he was a dedicated employee for 38 years. Carl retired from ExxonMobil in 2016 to spend time enjoying life doing things he loved like spending time with family, fishing, hunting and various other outdoor activities, spoiling his grandchildren, and relaxing in his very own, self-built “Margaritaville”. Carl, affectionately known as “Bae”, “Daddy”, and “Paw-Paw” by his wife, children, and grandchildren, was truly family-oriented. He was a dedicated husband, a proud father, and a doting “Paw-Paw”. The love he had for each one of them and the morals and values that he instilled in them were extremely evident. He thoroughly enjoyed every minute he spent with his wife, his children and especially the apple of his eyes, his grandchildren. He looked forward to the many family vacations they took together each year as well as the time they spent together just chilling at home. Carl was a Jack of All Trades. There wasn’t anything he could not do. He was known for having many “projects” in which he took his “time” to complete. He never left anything undone or without an ending. Even when he would talk with you, he would have a special word or phrase and you knew that was the end of that conversation. Carl loved to build. He transformed “his” backyard into an oasis for adults and children. The adults can sit on the deck and relax while sipping on something cold. The kids can play on the “private playground” which Carl created for his grandkids. His grandkids love their playground and rarely want to leave Paw-Paw and GiGi’s house. Carl was known to his closest friends as “Gou” and "Denzel". He genuinely loved his friends like family. Carl will be remembered for his charismatic personality, his hearty unforgettable laugh, and his kind, compassionate, and loving spirit. He never met a stranger! For those who knew Carl he always kept an open invitation to Margaritaville! At anytime of the day you could walk into the backyard “Margaritaville” to be greeted with his infectious smile, a glass of the finest Tequila (Casa Dragones) and a Cuban Cigar. He had such a big heart and his love was contagious. He didn’t just love his immediate family, he shared that love with his entire extended family, his closest friends and anyone he encountered. He also took joy in entertaining family and friends. He enjoyed cooking, grilling, and having crawfish boils. His CRAWFISH BOILS were unforgettable! The crawfish pot that Carl had was very special to him. He referred to it as his “MONEY” pot. Carl was the BEST crawfish slayer ever! At the crawfish boil, you always had more than just crawfish, there were also a variety of Carl’s famous food dishes that were amazing. If you have ever attended one of Goudeau's events, you must admit you had a Goud-ole time! Though Carl has completed his journey here on earth, his legacy will remain alive forever. He touched so many people in such a BIG way throughout his remarkable life. We have many wonderful memories that will live with us forever and Carl will forever be in our hearts. He understood “The Assignment”. Thank you Carl, for showing us how to love one another, how to have faith in GOD, and enjoy life to the fullest. You will be deeply missed! …Until we meet again! Carl was preceded in death by his parents, Joseph and Pauline Goudeau, Grandparents, Preston and Cecilia Goudeau, Mother-in-law, Evoria Sillers, Father-in-law, Graham Gardner, Sister-in-law, Earnestine Gardner and five pets, Queenie, Panda, Precious, Missy and Cooper. Mourning his departure yet cherishing his memories are: his wife, Sharon Goudeau; three daughters, Shantel Gaines (Demond), Carlisa LeDay (Corey), Jasmine Goudeau; one son, Carl Joseph Goudeau; one grandson, Corey LeDay II; two granddaughters, Kiersten Gaines and Cadence LeDay; one sister, Sandra Manning (Clifford) of Bakersfield, CA; three brothers Ronald Goudeau of Shreveport, LA, Bruce Goudeau (Moníca), and Craig Goudeau (Patricia) of Shreveport, LA; two sisters-in-law, Deborah Martin (Reverend Dennis) of Monroe, LA and Michelle Gardner of Monroe, LA; two brothers-in-law, Donald Wayne Gardner of Monroe, LA and Terry Gardner (Cathy) of Shreveport, LA; one goddaughter, LeKeya Weir; two godsons, Steven Goudeau of Dallas, TX and Charleston Love of Gonzales, LA; three grand-pets, Mister, Chole and Roxie; and a host of aunts, uncles, nieces, nephews, cousins, bonus kids, other love ones and friends. “Bottom line is, we only travel through this world, on this journey, for a short time and when I get up in heaven, I’m gonna have a Goud-óle time” –Carl Goudeau
See more See Less

In Memory Of Carl Anthony Goudeau