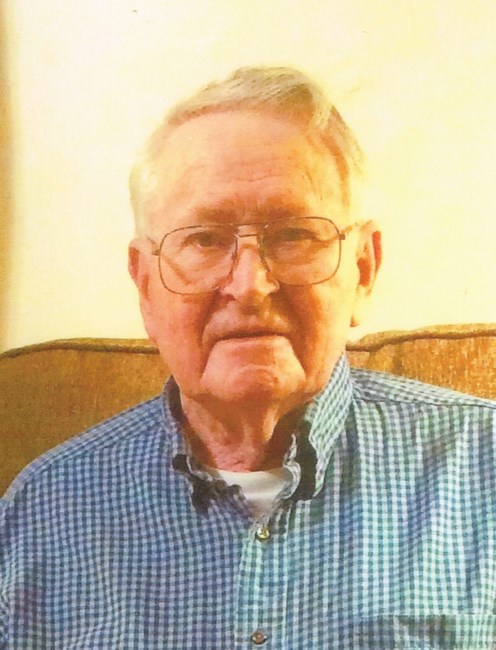 Evan T. Towne, 94 of Van Buren and formerly of Huntington passed away at 12:11 pm on Monday, August 26, 2019 at his residence. Evan was a 1946 graduate of Huntington High School. He served in the United States Army Air Corp as a Sargent. He was stationed in Italy as a B17 tail gunner during WWII and was honorably discharged in 1946. After his tour of service he attended Huntington College and received his Master’s degree in education from Ball State University. He was a Junior High Industrial Arts teacher in Huntington County for 27 years, retiring in 1989. Evan was a member of College Park United Brethren Church where he taught Sunday school and was on the church council. Evan currently attended McNatt United Methodist Church. He was in the Boy Scouts and earned his Eagle Scout Badge. He was a Boy Scout leader on two separate continents and was a great outdoorsman and woodworker. He was a missionary and spent two 3 year terms in Sierra Leone West Africa helping with a boy’s school and teaching industrial arts. He was a member of Indiana State Teachers Association and was a charter member of the Men’s Brotherhood of Missions where he served as a past president and secretary, the Model Engine Collector Association Academy of Model Aeronautics, and owned the largest model airplane collection in Indiana. Evan was born on April 21, 1925 in Lainsburg, Michigan, the son of Jerry L. and Nella L. (Swarthout) Towne. He was united in marriage to Mary L. Chapman on July 1, 1951 in Allentown, Pennsylvania. His wife survives. Additional survivors include two daughters: Linda (Dick) Schweikhardt of Van Buren; Komeh (Joe) Zilka of New London, NC.; two grandchildren: Miranda Zoch, Frank Schweikhardt and three great grandchildren: Isaac Zoch, Peter Zoch and Vera Schweikhardt. He was preceded in death by his parents and two sisters: Floris Linder and Verna Welty. Visitation will be held on Friday, August 30, 2019 from 5:00 pm – 8:00 pm at the Myers Funeral Home Huntington Chapel, 2901 Guilford Street, Huntington, Indiana. Funeral service will be held on Saturday, August 31, 2019 at 11:00 am with one hour of visitation prior to the service at Myers Funeral Home Huntington Chapel. Interment will be at the Van Buren Cemetery. Memorial donations can be made out to United Brethren Missions in care of Myers Funeral Home, 2901 Guilford Street, Huntington, IN 46750.
See more See Less

In Memory Of Evan T. Towne