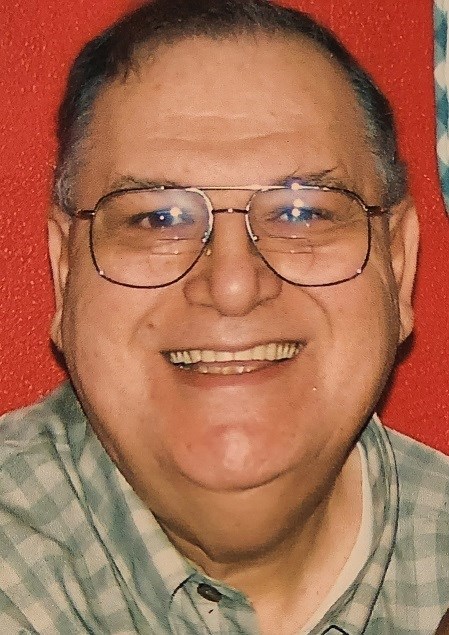 Michael Edward Vargo Sr., 74, of Huntington, IN. passed away at 6:55 am Monday, August 29, 2022 at his home surroundedby loved ones. Michael was born on December 21, 1947 in Bonne Terre, MO., the son of Frank Peter Vargo and Emma Rose (Naeger) Vargo, who preceded him in death. He attended grade school at St. Joseph's Catholic School in Bonne Terre, MO, and graduated from Bonne Terre High School. He was married to Sharon for 51 years. He worked at Harold Joplin bicycle repair in Bonne Terre, MO and Bonne Terre foundry before serving his country in the US army between 1966-1969, he did basic training in Ft. Leonardwood, MO and then was stationed in Germany and Vietnam and worked as a field radio technician. After returning home he worked at the Pants factory in Farmington, MO, Midwestern Trucking out of Fort Scott, KS, and then Complete Auto Transit out of St. Louis, MO. In 1988 he moved to Huntington, IN and retired in 2005 from Allied Systems in Fort Wayne, IN. He was a proud member of Teamsters Local 414. He was a faithful member of Sts Peter & Paul Catholic Church and a 4th degree knight in the Knights of Columbus. Mike, as all his loved ones called him, was friendly with anyone he would meet and would be happy to strike up a conversation. His greatest love was to sit and play cards with his family. He knew every western and could give you vivid details of each. To relax, he loved fishing and listening to some good ol' country music. In his younger years he showed off his bowling skills with his wife. He had a bright smile and was always ready for a good story. He will be eternally missed by many. Michael was preceded in death by his son, Jeremy L. Vargo; one sister, Dolores McClain, and one brother Donald Vargo. He is survived by his loving wife, Sharon (Knittig); son Michael (Anna) Vargo Jr. of La Porte, IN., daughter Shannon (James Wise) Knittig of Fort Wayne, IN.; and son Mathew (Crystal) Vargo of Indianapolis, IN.; and grandchildren Kayden Conn, James Wise Jr, Jacob Vargo, Rayna Wise, Rosemary Vargo, Alexis Wise, Mathew Vargo; siblings, Betty Fingers, and Barbara Jennings. Visitation will be held on Thursday, September 1, 2022 from 3:00 pm – 8:00 pm. at the Myers Funeral Home Huntington Chapel, 2901 Guilford St, Huntington, Indiana. A second visitation will be held in Missouri on Monday, September 5, 2022 from 3:00 pm – 8:00 pm at Boyer Funeral Home, 313 Benham Street, Bonne Terre, Missouri. Funeral Mass will be held at 10:00 am on Tuesday, September 6, 2022 at 10:00 am at the St. Joseph Catholic Church in Bonne Terre, Missouri. Interment will follow at St. Joseph Catholic Cemetery in Bonne Terre, Missouri. Memorial donations may be made to the Alzheimer's Association or the American Cancer Society in care of Myers Funeral Home, 2901 Guilford Street, Huntington, IN 46750.
See more See Less