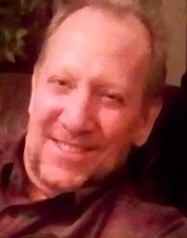 Michael T. “Mike” Wilkins, 56 of Huntington passed away on Wednesday, July 20, 2022 at his residence. Mike was a 1984 graduate of Huntington North High School. He received an associate’s degree from the University of Phoenix. Mike worked as a custodian at Crestview Middle School for seven years. He had formerly worked at IMCO for several years. Mike was a diehard Steelers fan. He loved music, playing his guitar, being outdoors in nature, feeding deer and hummingbirds in his yard. Mike was born on April 20, 1966 in Huntington, the son of Thomas and Janice (Keehn) Wilkins. Survivors include his mother: Janice Wilkins of Huntington; his life partner: Pamela Ludwig of Huntington and her daughter: Dawn R. Robbins and Pamela’s three grandchildren; three sisters: Barb (Mel) Hunnicutt of Huntington, Laura Noble of Sedona, AZ, Melinda Bowling of Huntington; a nephew: Joshua Hunnicutt; three nieces: Rachel Hunnicutt, Elizabeth Feola and Sasha Hethcote. His father preceded him in death. A memorial gathering will be held at a later date. Memorial donations can be made out to American Heart Association or Cancer Services of Huntington County in care of Myers Funeral Home, 2901 Guilford Street, Huntington, IN 46750.
See more See Less