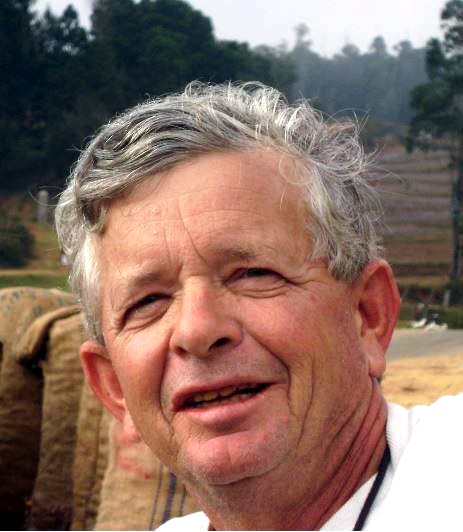 HYANNIS - Marcus Morton Sherman, 72, a long-time resident of Hyannis Port, died at Cape Cod Hospital on April 25th, 2020, after suffering a stroke the previous morning. Born in New Bedford, MA, Marcus was the son of Frank and Bonnie (Bandy) Sherman and grew up on Cape Cod. He attended high school at Proctor Academy in Andover, NH, and graduated from Beloit College in Beloit, WI. After college he worked on sustainable energy and agriculture projects with the New Alchemy Institute, Oxfam, the United Nations, and the Thai government, among others. He travelled extensively around the world developing renewable energy projects, primarily windmills. In the early 1970s he lived in Tamil Nadu, India, before moving to Bangkok, Thailand, with his then-wife, Judith Hannegan Sherman. They returned to Hyannis Port with their three children in 1984. After acquiring a captain’s license from the US Coast Guard, Marcus became a familiar figure on the water around Hyannis as the owner and operator of Catboat Rides, chartering passengers aboard the sailboat Eventide, under the sail with a large cat face on it. He could be seen sailing on most summer days for almost three decades before his retirement in 2017. For several years he also ran the Marston Family Bed & Breakfast in his family house, built in 1786, with his second wife, Lynette Furtado. During the off-seasons he built and repaired wooden boats, and also traveled to India to tour and research protected areas in the Western Ghats, which he wrote about for Wikipedia. Many of the people who knew Marcus enjoyed how he saw the world with his own quirky and unique perspective. He had a strong do-it-yourself mentality and, like a textbook model for both Yankee Ingenuity and Hippie Modernism, took pride in being able to “do more with less”. Marcus welcomed new experiences with enthusiasm and was perpetually curious about everything. Marcus is survived by his two brothers: Peter Sherman of Los Angeles and Paul Sherman of Centerville, MA. His sister Sarah Sherman Hubert predeceased him. He is also survived by his three children and one grandchild: Kelly Taylor Sherman and her son Finn Sherman Goldsmith of Cambridge, MA; Anne Gifford Sherman of Melbourne, Australia; and Nicholas Morton Sherman of Amsterdam, Netherlands. For information on plans for memorial services, visit catboat.com. In lieu of flowers, donations may be made in his memory to the Wildlife Protection Society of India (wpsi-india.org), or to the Wikimedia Foundation (donate.wikimedia.org).
See more See Less

In Memory Of Marcus Morton Sherman