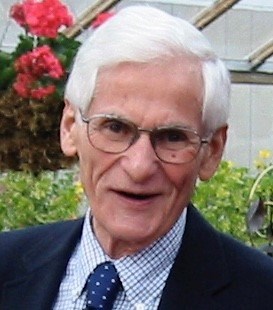 Maurice (Maury) D. Kogut passed away on November 25, 2019, in West Yarmouth, Massachusetts. He was born July 7, 1930 to Etta and Nathan Kogut, in Brooklyn, NY. He was the devoted husband of June P. (Wenzel) for more than 60 years, and the proud father of Melissa Kogut of Newton, MA, Pamela Kogut (Jerry Michael) of Cambridge, MA, and Stacy DeScenza of Ipswich, MA, and the proud grandfather of Amelia Michael. Maury graduated from Erasmus Hall High School in Brooklyn in 1948 (he was voted “Joe Erasmus” by the senior class), and he earned a B.A. degree (1951) and a medical degree (1955) from New York University. Maury loved medical school and the wards and clinics of Bellevue Medical Center. He spent two wonderful years as a pediatrician in the Air Force stationed at a base in Fukuoka, Japan, where he met and married June Wenzel, a schoolteacher from Fairhaven, MA, who was teaching air force children at the same base. In 1959, he and June moved to Los Angeles where Maury became Chief Resident in Pediatrics at the Children’s Hospital of Los Angeles, then became a fellow in Pediatric Endocrinology and joined the full-time faculty at the University of Southern California School of Medicine. At LA Children’s Hospital and USC School of Medicine, Maury was Program Director of the Clinical Research Center (1968-1979), Head of the Division of Pediatric Endocrinology and Metabolism (1968-1980), and Associate Chairman of the Department of Pediatrics (1975–1980). During his tenure in Los Angeles, Maury received several teaching awards. In 1980, he became Professor and Chair of the Department of Pediatrics at Wright State University School of Medicine (1980-1998) and the Medical Director of the Children’s Medical Center (1980-1997), in Dayton, Ohio. Over the years, Maury was a member of several test committees of the National Board of Medical Examiners and also served on several test committees of the American Board of Pediatrics. In 2007, the National Board of Medical Examiners selected Maury to receive the Edithe J. Levit Distinguished Service Award, recognizing his more than 20 years of outstanding volunteer service as a member and chair of many committees. In 1998, Maury retired from his positions in Dayton, and he and June moved to Centerville, MA, on Cape Cod, to be closer to their three daughters. Soon after their move to the Cape, Maury was appointed to the faculty of Boston University School of Medicine and taught first- and second-year medical students through 2017. He was nominated by his first-year students to win a teaching award, and was delighted by this recognition. During his life, Maury took pleasure in watching sports (beginning with the Brooklyn Dodgers for which he would skip school with his buddies, paying 50 cents for bleacher seats), exercising (riding bicycles to Griffith Park in LA on Sunday was a family tradition, and until relatively recently jogging four miles daily on his treadmill), family camping trips (including to Yellowstone, Yosemite, Glacier, Grand Teton, Mount Rainier, Crater Lake, and Mesa Verde), traveling (to Japan, Switzerland, Sweden, Canada, England, Scotland, and all around this country), going out to dinner with June every Friday evening at their favorite restaurants on the Cape, and reading (everything from crime and political thrillers, to keeping up with all of his medical journals). His great joy was teaching medical students and working with his many pediatric endocrine fellows. He continued to enjoy a cocktail with June every evening, perhaps the favorite part of his day. In addition to his wife, children and grandchild, Maury leaves his sister-in-law Kathleen (Kitty) Kogut, his sister-in-law Leah Van Buskirk, and his nieces and nephews and their families. His older brother, Stanley Kogut, predeceased him. He was very grateful for the care and company provided by Dean Sennett and Elizabeth Loiselle in his last years. In lieu of flowers, please consider making a contribution to your favorite organization or charity. Graveside services will be held at Mosswood Cemetery, Cotuit, MA, on Friday, November 29, 2019 at 10:30 a.m. A memorial service will be planned for a later date.
See more See Less

In Memory Of Maurice D. Kogut