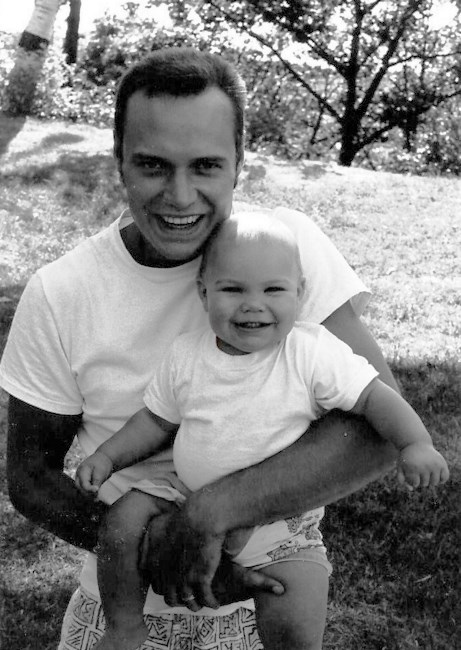 Michael Robinson Brunton Sr., age 58, of Hyannis, unexpectedly passed away on Wednesday, September 14, 2022. He was born in Needham, MA on July 17, 1964, the son of Merilyn Brunton and the late Donald Brunton Sr. Michael spent most of his childhood in an ocean-front home in Harpswell, ME, traveling often with his parents and siblings in his father's airplane. He attended Cape Elizabeth High School. Michael was well known for his amazing musical talent, drumming, and performing with many bands. Michael had a successful career as a talented woodworker and carpenter. He worked on many projects including; furniture making, home building, and boat carpentry. In addition to entertaining people through music and his carpentry career, Michael also enjoyed boating, biking, and paddle boarding. Michael had a tremendous sense of humor and made everyone around him constantly laugh. He was so greatly loved and will be sorely missed by his family, friends, and everyone he touched. In addition to his mother, Michael is survived by his son, Michael Robinson Brunton Jr., of Denver, CO; brother, Donald Brunton Jr. and sister-in-law Malu Brunton, of Ilhabela, Brazil; sister Jan Reid and brother-in-law Bill Reid of, Germantown, TN; two nephews, Joseph Palanza and Thomas Reid; four nieces; Donna Gawle, Isabella Brunton, Meghan Reid, and Cassidy Orlando; and many aunts, uncles, and cousins. Besides his father, he was preceded in death by his grandparents, Donald and Mary Brunton, Leslie and Lucille Croucher.
See more See Less