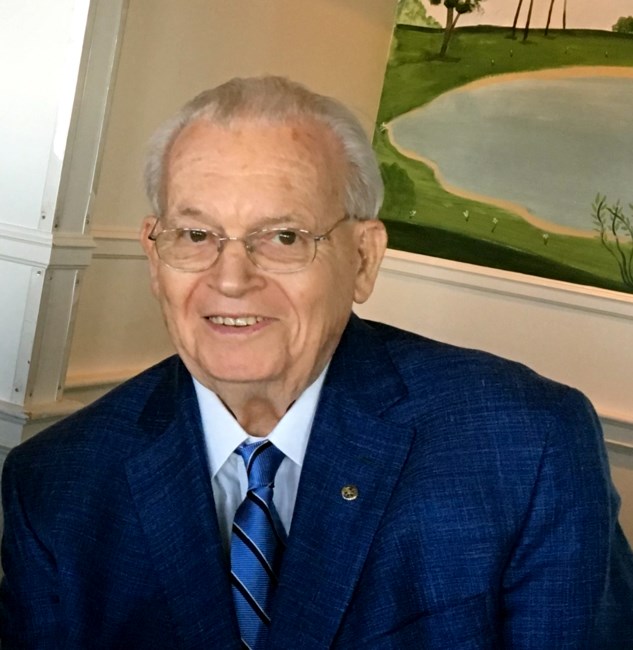 Royden C Richardson (Reverend Richardson), loving husband, father and grandfather, passed away peacefully with his family by his side on Sunday, August 1, 2021. Roy was born May 17, 1931 in Somerville, MA to Victor C. Richardson (Halifax, N.S.) and Jennie L. Chappel (Richford, Vermont). As a young boy, Roy and his sister Mary-Jane would spend summers at his grandparent’s farm in Richford, Vermont and sneak cucumbers from the garden. As a teenager his first job was working for E.J. Hickey & Company, Boston, MA, a wallpaper shop, which began his love of design. He met his wife Jackie at the Church of All Nations, Boston, MA where they both taught Sunday school. After his mother’s death, Roy decided it was time to get married and Jackie was available. Jackie and Roy worked together at the Morgan Memorial Charles Hayden Good Will Inn, Boston MA, as program directors from 1948-1957. After receiving his Masters from the Boston University School of Theology, he worked as a minister at the Tremont Street Methodist Church, Boston MA, from 1957-1970. During that time, he was very active in the Civil Rights Movement and was Chaplin for the Boston Juvenile Court. In 1970, Roy and Jackie, moved their young family to Cape Cod, and Roy continued his work serving others. He was the founding director of Help of Cape Cod, the first agency on the Cape to address the issue of addiction. He worked as a probation officer in the Barnstable Superior Court from 1970-1982 and Superior Court Chief Probation Officer of the Cape and Islands from 1982-1991. After retiring in 1991, Roy and several other families established Cape Head Injured Persons’ Housing and Education Group Inc. (CHIPS) to provide a home for head injured individuals. Roy ran the organization until his second retirement in 2017. Roy also was a Justice of the Peace from 1975-2017, marrying hundreds of couples on Cape Cod. Roy was a member of the Barnstable Town Council from 1993-2005, President 1999-2000. Board member of the following agencies: Community Action Council of the Cape and Islands, Salvation Army Advisory Board, Barnstable Economic Development Committee, Hyannis Historic District Study Committee, Barnstable Architectural Review Committee, State Head Injured Program Advisory Board, Cape Counseling Center, Osterville Rotary Club, NAACP Education Counseling Committee, Friends of Prisoners, Cape Cod Commission member for the Town of Barnstable and Centerville Historic Museum. Roy loved all things Centerville and the Town of Barnstable. He was instrumental in re-establishing Centerville Old Home Week and he especially enjoyed the Moonlighters and bonfire held on Craigville beach during that week. Roy was also a member of The First Church of Christ Scientist, Hyannis and was grateful for the online services. Roy leaves his wife of 67 years, Jacqueline (Heim) Richardson, his daughters Jennie (Scott), Janet (Jim), Joan, Becky (Fred), sons Michael (Victoria) and Timothy (Karen). Grandchildren Alana, Nick, Jackie, Daryl, Alexis, Samantha, Ryan, Charlotte, Matthew, Kyle, Peter, and 7 great grandchildren and many nieces and nephews. He was predeceased by his 2 sons Daryl and Frank, foster son Stephen Morley, his dear sister Mary- Jane Pevay and brother in law Joseph Pevay. In lieu of flowers, donations may be sent to Cape Head Injured Persons’ Housing and Education Group Inc, 9 Park Ave, Centerville, MA 02632. Roy frequently quoted John Wesley by saying: “Do all the good you can, by all the means you can, in all the ways you can, in all the places you can, at all the times you can, to all the people you can, as long as ever you can”. This is how Roy lived his life. Visitation will be held on Friday August 13, 2021 from 4-7pm at Doane Beal Ames Hyannis, MA. Covid protocols will be followed. Burial will be private.
See more See Less

In Memory Of Royden Chappel Richardson