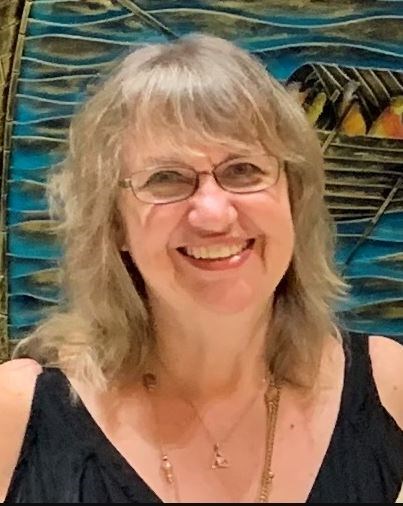 Brooke A Highlander, age 61, of Independence, Missouri passed away on Monday, May 2, 2022 Brooke Anne (Brohmer) Highlander died of cancer on May 2, 2022, at the age of 61. She was born on August 3, 1960, to Judson Peter and Eunice Ann (Pickthorn) Brohmer at Stanford University, in Palo Alto California. She was preceded in death by her brother Judson, 3-month-old daughter, Rebecca Grace, and an unborn child. She lived her early years in California before moving to Hawaii. Brooke was born again at the age of 9 and filled with the Holy Spirit at the age of 13. In her teens she was part of the original King’s Kids ministry. At 16 she moved with her family to Kona, Hawaii to be part of the original Youth with a Mission School of Ministry, which would become the University of the Nations. Brooke married Larry Pinci in 1979 and moved to Australia with her husband, where they served as traveling evangelistic ministers. The couple had three children, Daniel John, Rebecca Grace, and Rachel Eliana. Brooke was a life-long learner. She attended college in Southern California and the University of Hawaii in Hilo, prior to getting married. Later in life she returned to California and attended Bethany University, an Assemblies of God school, earning a bachelor’s in Psychology with a minor in theology. She completed her Master’s in Industrial and Organizational Psychology from Grand Canyon University and her Doctorate in Scriptural Psychology from Faith Bible College. She was a Certified Christian Counselor with the Association of Scriptural Psychology Therapists. and held certification for Trauma Counseling in War Zones. She met her husband Steve on the Internet on October 31, 1995. Theirs was a “you have mail” relationship. The couple was married on February 14, 1997. She served with her husband as pastor and worship leader for several Churches. In 2014 She and Steve moved to Papua New Guinea to serve with City Mission, a Christian NGO ministering to street boys and victims of gender-based violence. They were recruited by the Foursquare Gospel Church of Papua New Guinea to come back and serve as National Missionaries. She received Ordination from the Foursquare Church of Papua New Guinea in 2019. In Papua New Guinea, Brooke was a popular women’s ministry speaker, often ministering on overcoming trauma with scriptural principles. She also spoke at Regional Pastor’s conferences throughout the country and taught in a Foursquare Bible College in the Highlands Region of PNG. Brooke worked outside of the church to provide professional trauma counseling and Psychological First Aid and Peer Counseling training for some of the largest corporations in Papua New Guinea. She was diagnosed with terminal cancer in August of 2019 but returned to Papua New Guinea for a few months. Her great desire was to go back to PNG and continue the ministry God had given her. During the last two years of her life, she travelled with Steve ministering in the Midwest, teaching, singing, and encouraging the Body of Christ. Brooke Will be greatly missed by all who knew and loved her.
See more See Less

In Memory Of Brooke Highlander