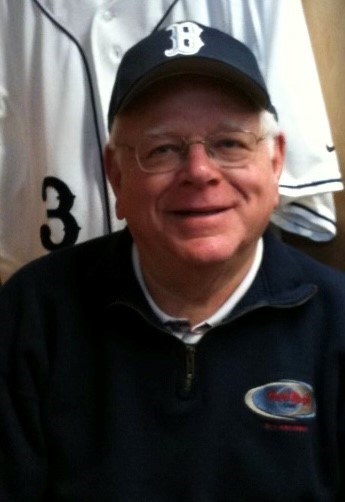 Andrew E. Carr, 80, passed away September 14, 2022, at his home. He was a fine Christian man who loved God, his family and his country; well known for his honesty and work ethic. He graduated from Shortridge High School. Andy was on the Indianapolis City Champs basketball team. As a pitcher, he had a no hitter and won the Indianapolis Junior Baseball Inc. sportsmanship award. In addition, he ran cross country. His pitching ability earned him a Butler University scholarship. He played for four years coached by Tony Hinkle who called him “Lefty.” (He was never sure if Coach Hinkle knew his real name.) Andy was named to the Collegiate All Conference Baseball Team. After graduating, he joined the Army National Guard so he would be able to help support his mother and siblings. In addition to his participation in sports, Andy enjoyed attending Butler basketball, Purdue football, and Purdue women’s basketball games. Bowling, including perfect games, was something he enjoyed most of his life. More recently, he participated in the Seniors Masters League and Indianapolis Rotary Club League. Golf with family was also important; they were witness to his two hole in ones. Andy was a Mason and a Rotarian with the Indianapolis Club. Over the years, he was involved with his church on many levels; Treasurer, Board Member and grass mower. For years he was a Board Member of the NVLA (National Vehicle Leasing Association). After 30 years as General Manager of Quality Leasing Company, he retired. He is survived by his wife of 53 years, Shirley Werner Carr, his daughter Carrie Carr Fastrich, his son Brent C. Carr, and his five grandchildren; also his brothers Jerry and Tim Carr, and sister Suzi Carr George. Services will be private. You may leave memories and condolences at www.crownhill.org. In lieu of flowers, you can celebrate his life in a way that brings you joy!
See more See Less

In Memory Of Andrew E. Carr