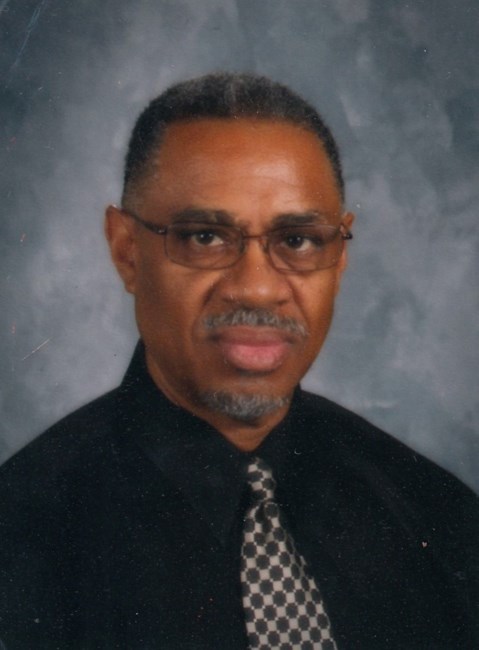 Earl Cooke White, Jr. passed away on April 24, 2019 at the age of 66. He was preceded in death by his parents, Earl C. and Beulah Mae Lambert White, and sister, Dr. Peachie White-Scarano. Earl was born and raised in Indianapolis, and was the third oldest of nine children; and only boy born to this union. Earl accepted Jesus Christ and was baptized at an early age, while a member of First Baptist Church, North Indpls, under the ministry of Elder Frank F. Young. He later became a faithful member of Light of the World Christian Church, where he served as a deacon, sang in the choir, and drove the church van for many years. He transported members to and from Sunday Services as well as mid week services for over 30 years. He attended Elementary School #42 and Brebeuf Preparatory High School in Indianapolis. He later obtained a Bachelor and a Master's degree in history from Butler University. Mr. White followed in his father's footsteps and became an educator. He taught History for nine years in Wayne Township Schools and later substitute Teacher in the Indianapolis Public Schools. His lifelong gift was teaching. He taught history, at Fulton Jr. High, and Ben Davis Jr. High School. Earl had a calling for teaching and received numerous awards and recognition as Teacher of the Year, several years in a row! Earl loved travelling! He took several cruises with family and friends. He visited many places like Cancun, but his favorite place was Yellowstone National Park in Wyoming! He visited here for 10 years and even dreamed of relocating there permanently. He shared his love of Yellowstone with his students and family many times. Earl served as a referee for numerous (Catholic Youth Organization) basketball, football games, Sportz Zone and other organizations, "BO" and Bodie as he was affectionately called in his childhood, WILL BE SORELY MISSED BY HIS FAMILY, friends, and coworkers. He had a beautiful smile, and a teasing sense of humor, that would have his family and friends cracking up with laughter! One of his favorite expressions was to tease each of his sisters saying "You know that you're my favorite sister ______"! His surviving sisters will miss his humor, especially at Christmas time, where he amused us with his beautifully wrapped Christmas presents, usually all small appliance! Those left to cherish his memory are his son, Earl Cooke White III(TRE), (LaRaeMichelle), grandsons Prince and Noah, sisters, LaBrenda, Penny, Nena, Tanya Jones (Adolphus), Carla, Donna Gilbert and Kimberly White, his uncle Alexander Lambert, several aunts and a host of nieces, nephews, cousins, Light of the World Christian Church family and friends.
See more See Less