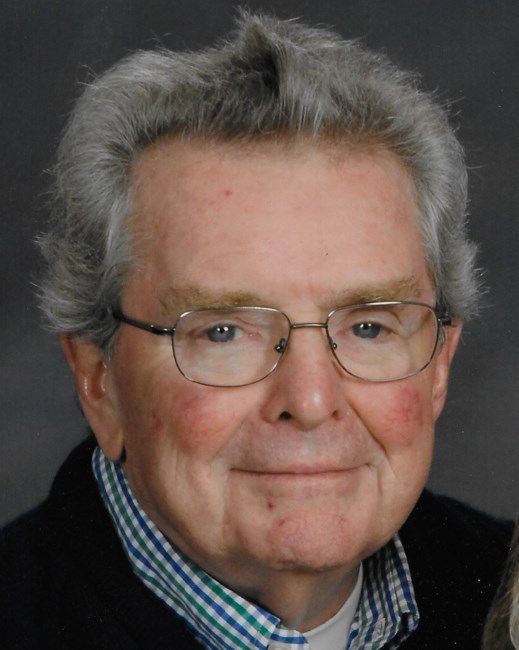 James Frederick "Jim" Clancy, age 89, of Indianapolis, Indiana passed away on Saturday March 30, 2019. He was born April 11, 1929 in Corning, New York to the late Joseph and Genevieve (McIntyre) Clancy. He is also preceded in death by his wife, Rosanne (Frey) Clancy. He was a member of Christ the King Catholic Church and former long-time member at Immaculate Heart of Mary. He was a lifetime member of the Knights of Columbus and the Columbians. He and his wife Rosanne were always fun to be around as they were often the life of the party. Jim is survived by his children, Mary Ellen "Marny" Poe (Ron), Ann Lee (Daniel), Marjorie "Margie" Brown (Daniel), Kathryn Clancy (Steve Brown), Joseph Clancy, James Clancy (Heather), and Bridget Brown (Steve); 21 grandchildren, Conor Lee (Anna), Danielle Cruz (Chris), Kevin Lee, Ron Poe III (Allie), Kaitlin Davis (Nick), Stacy Myers (Adam), Jason Lee (Meagan), Richelle Brown, Spencer Lee (Molly), Tyler Lee, Elizabeth Poe, Maggie Clancy, Cathleen Poe, Genevieve Brown, Lilly Poe, Shannon Clancy, Colleen Brown, Michael Clancy, Henry Brown, Maddie Clancy, and Lucy Brown; and 9 great grandchildren, Maddy Lee, James Lee, Tom Lee, Brit Poe, Guy Cruz, Ruby Cruz, Ehren Grigsby, Mabel Lee, and Ronald Poe IV. Visitation will be Friday, April 5, 2019 from 4:00 PM to 7:00 PM at Feeney-Hornak Keystone Mortuary, 2126 E 71st St, Indianapolis, Indiana. A prayer service will also be held at the mortuary on Saturday, April 6, 2019 at 9:30am. His Mass of Christian Burial will be Saturday, April 6, 2019 at 10:00 AM at Christ the King Catholic Church, 5884 Crittenden Ave, Indianapolis, Indiana with burial to follow at Our Lady of Peace Cemetery in Indianapolis. In lieu of flowers, contributions in Jim's memory may be made by mail to the Macular Degeneration Assocation, 5969 Cattleridge Blvd., Suite # 100, Sarasota, FL 34232 or by visiting the website at www.macularhope.org.
See more See Less