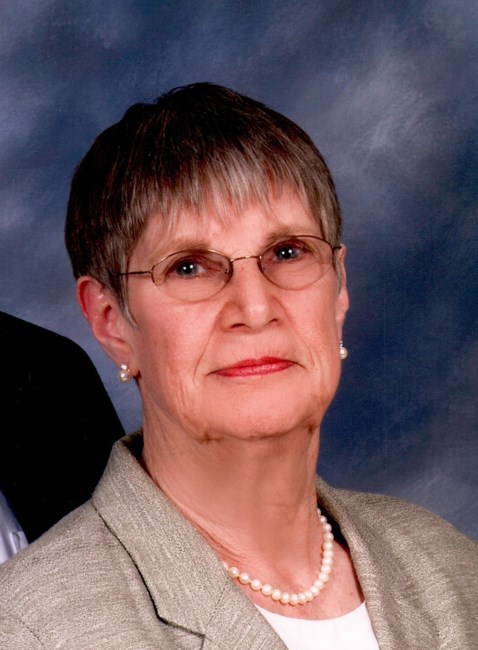 Jane Loucile Griesemer, 85, of Carmel, IN (formerly Olney, Illinois), passed away January 22, 2023. She was born December 9, 1937 in Olney, Illinois to the late Ephraim and Laurena (Radke) Brookfield. She was married to Leonard Griesemer in 1958. Jane was a natural caregiver. Besides taking care of her family, she also worked as a nurse’s aide and later in her life helped take care of dementia patients in their homes. She enjoyed helping others. She especially enjoyed baking and decorating cakes as a hobby. Jane has lived in many states throughout her life. As a result, she was a member of the following Catholic Parishes: St. Joseph - Stringtown IL, St. Joseph - Olney IL, St. Mary - Marion OH, Holy Rosary - Buckhannon WV, St. Andrew - Moore OK, St. Francis - Traverse City MI After moving to the Indianapolis area in 2015, she attended St. Pius X with her family. Jane is survived by her four children, Jill (Tim) Funk, Rick Griesemer, Ann Worden, and Donna (Brian) Treece; grandchildren, Hannah (Elliot ) Kraus, Noah Funk, Adam (Susie) Worden, Courtney Worden, Andrew (Emily) Worden, Caroline Worden; Emily (John) Handke, Abby Treece, Ben Treece, great grandchildren, Michael Worden,Wally Handke, and Izzy Worden. She was preceded in death by her husband, Leonard, who passed away in 2017, and sister, Anita Hunt. A Mass of Christian Burial will be held on Friday, January 27, 2023 at 11:00 AM (CST) at St. Joseph Catholic Church, 220 S. Elliott Street, Olney, Illinois 62450. There will be a visitation beginning at 10:30 AM at the church. Burial to follow at St. Joseph Cemetery, Olney, Illinois. In lieu of flowers, contributions in Jane’s memory may be made to St Joseph’s Catholic Church Social Outreach Fund. Feeney Hornak Keystone Mortuary assisting with arrangements. To share a memory or condolence, please visit www.feeneyhornakkeystone.com.
See more See Less

In Memory Of Jane Loucile Griesemer