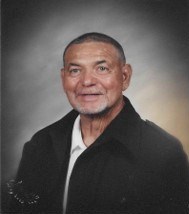 Jerome Shelby Boyd, 96, was a lifelong resident of Indianapolis. He was born on February 10, 1926 and was the only son of Cullum Shelby Boyd and Dorothy Ellen Curry Boyd. He grew up on the eastside of town, attending public schools #26 and Crispus Attucks High School. Jerome accepted Christ as his Lord and Savior at a young age at New Bethel Baptist Church. He was a U.S. Navy WWII veteran, serving from June 26, 1944 until August 1, 1946. Jerome was honorably discharged as a Steward’s Mate First Class. Jerome had a 37 year career with the U.S. Postal Service retiring in 1983 as a Main Office Expeditor. He received many accolades for excellence while working for the Post Office. Jerome had many interests and activities, including hunting, fishing, bowling, body building, and judo. He practiced and studied judo (starting in 1954) for many years. He was the first African American in Indiana to obtain a Black Belt. Jerome loved and excelled in all of his hobbies, but his true love was golf, which he played with passion and skill. He won many local tournaments and was the first African American to play in the Indianapolis City Amateur tournament. His achievements in golf were recognized in 2000 by Douglass Golf Course. Jerome and Shirley Gilbert Pope were united in holy matrimony on June 15, 1968, recently celebrating 54 years together. They met while working at the Post Office. They were best friends. They enjoyed traveling, card games, and working cross word puzzles together. Jerome was a good and loving husband and father to his children. Jerome was preceded in death by his parents, his sons Eric and Armand Boyd, and his sister Wilma Mitchell. He leaves to cherish his memory his loving wife Shirley, daughter Robin Leslie, son Keith Pope, sons-in-law Allen Leslie, Jacques Jenkins, grandsons Adrian Smith, Brandon Smith Sr, granddaughters Leighshelle Ball (Curtis), Jennifer Ball (Craig), Yolanda Boyd, Crystal Smith (Lucas), Holli Leslie, Heather Leslie, 10 great grandchildren, 1 great-great grandson, cousins, nieces, nephews, golf buddies, and a host of friends.
See more See Less

In Memory Of Jerome S. Boyd