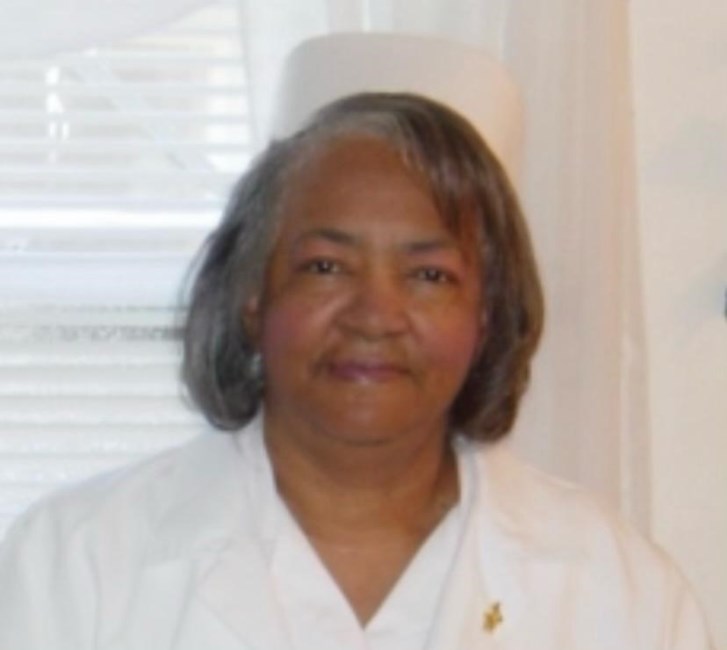 Today we gather to celebrate the life and homegoing of Maggie (Williamson) Herron, who graced the stage of life on October 8, 1938. She was the ninth of ten children born to the union of George and Annesia (Strayhorn) Williamson in Denmark, Tennessee. Her earthly journey ended peacefully in her home in the early morning of September 16, 2022. Maggie accepted Christ as her Lord and Savior and was baptized at an early age and became a member of Denmark CME Church in Tennessee. She attended Neely Elementary School and graduated from Denmark High School, she also attended and completed some coursework at Lane College in Jackson, Tennessee. On June 23, 1958, Maggie Williamson was united in matrimony to Cody Herron. To this union were given one daughter, Starlet (Herron) Oliver, and three sons, Cody Jr., Winfred, and Phillip Herron. Later in 1965, Maggie and Cody relocated their family to Indianapolis, Indiana. Arriving in Indianapolis, Maggie worked at Coleman Hospital for Women and in 1967 she was employed at Methodist Hospital as a Certified Nursing Assistant until her retirement in 2001. Maggie united in fellowship with the Church of the Living God upon her relocation to Indianapolis under the pastoral leadership of her brother, Bishop George Williamson, Jr, where she diligently served as a member of the Church Choir Ministry. Here she raised her four children in biblical principles and doctrine. In 1993 she united with Mt Olive Missionary Baptist Church, where she faithfully served in the Nursing Ministry until her health prevented her from serving but she still was able to physically attend until late 2019. Maggie had a zeal for life and enjoyed doing her favorite pastime: traveling with her seven sisters. Every summer for years, she and her sisters united in Jackson, Tennessee, for a “sister’s reunion” to celebrate each other and their love for one another. She was known to take vacations frequently and enjoyed new experiences. A proud mother, grandmother, and great-grandmother, Maggie had unique relationships with her four children, seven grandchildren, fourteen great-grandchildren, and a plethora of bonus children and grandchildren. Maggie was preceded in death by her parents, George and Annesia Williamson, brothers: Roosevelt L. Williamson, Sr, George Williamson, Jr., Neely “Nemo” Williamson, Sr., sisters: Bertha L. Love, Josephine Scott, Mary Louise Newsom, Ruth Bond, Gladys Novella Swain, and Juanita Bond. Maggie Herron touched many lives during her 83 years on this earth. She will be deeply missed but ecstatically remembered by her committed family, a host of nieces, nephews, cousins, friends, church congregation, and community.
See more See Less

In Memory Of Maggie Marie Herron