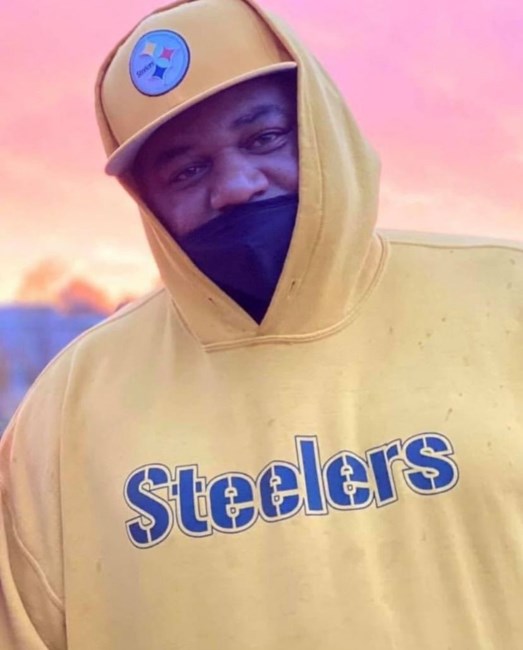 Richard “Donnell” Hamilton was born March 22, 1979, to Donna M. Hamilton in Indianapolis, Indiana. He departed this life on January 11, 2023, at the age of 43. Donnell accepted Christ an early age, while attending Kiddie College. He joined Mt. Olive Missionary Baptist Church with his grandma Margaret E. Hamilton (VI). While on the set of recording a podcast, he met Reverend Dr. Wayne L. Moore, lead pastor at Olivet Missionary Baptist Church. In elementary he played little league at Tabernacle (TAB) and picked up his passion and love for Football. Donnell graduated from Broad Ripple High School in 1997 but excelled in sports his earlier years of high school at Bishop Chatard. He received All Conference and All-State Honors being one of the best football players in the state. Donnell continued his education at Western Kentucky University where he continued his dominated reign in football. He started as a true freshman (LB) and Return Man in 1998. Donnell was known for having “That Dog” in him having a competitive spirit and flying around the field making plays. While attending Western Kentucky University, Donnell met the love of his life, Tiffany Hamilton, in the summer of 1999. They were united in Marriage on July 16, 2006, and loved all of their children deeply with open arms. He is preceded in death by his great-grandmother. Left to cherish his memory is his loving Wife, Tiffany Hamilton, Daughter Dynia Hamilton, Sons; Isaiah Carver, Richard Donnell Hamilton Jr., Dontaye Hamil-ton, Granddaughter Mylah Carver, Mother Donna Hamilton, Mother-In-Law Gloria Anthony, Father-In-Law Thomas Anthony, Brother Noral Parham III, Sister Breonna, Grandmother Vi Hamilton, Grandfather Tommy Hamil-ton, Aunts; Pamela Alexander and Dianne Buckley, Uncle David W. Hamilton, 3 nieces, 1 nephew, 1 great niece, 2 great nephews, a host of cousins, extended relatives, friends, parents, and players. A visitation for Coach Nell will be held Saturday, January 21, 2023, from 10:00 AM to 12:00 PM at Olivet Missionary Baptist Church, 4141 N. Highschool Rd, Indianapolis, IN 46254, followed by a celebration of life at 12:00 PM. Fond memories and expressions of sympathy may be shared at www.crownhill.org for the Hamilton family.
See more See Less