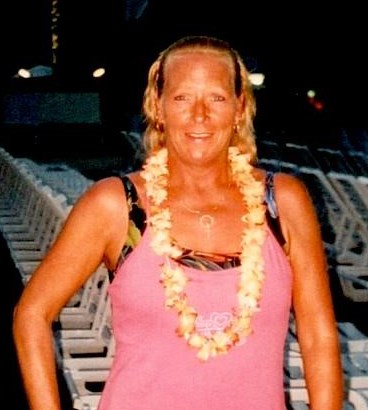 Sherri Ann Herman, age 66, of Indianapolis, Indiana passed away on Monday, September 19, 2022. Sherri was born June 16, 1956 in Indianapolis, Indiana to Virginia "Ginny" (McGinnis) Herman and Nicholas "Nick" Herman. She enjoyed flowers and gardening but especially loved her family and friends and being together. She had a special tradition of having a sheet for everyone to sign that joined her for holiday meals. Being together and friendly during meals didn't stop at home as she worked tirelessly as a waitress at Waffle House to provide for her children. She was a staple at the 16th street location for many years. Sherri's most cherished times were with her grandchildren that she adored and made sure to attend all of their events and games. Sherri is survived by her son, Brian Asbury (Julie); daughter, Patricia "Tisha" Dorsett (Travis); brothers, Steve Herman (Lisa), Jim Herman (Dottie), John Grider (Paula), and Jerry Grider (Debbie); sisters, Barbara Hubbard (Dale), Pat Mulqueen, and Barbara Steinbach; sister-in-law, Annette Herman; grandchildren, Christa Asbury, Jordan Duncan (Nick), Peyton Asbury, Sophie Hoffa, Blake Wharton, Braeden Wharton, Tate Combs, Tori Combs, Trey Atkins-Combs, Nolan Dorsett, and Payton Dorsett; great grandchildren, Lucas Duncan and Elliott Duncan; and many nieces, nephews, and extended family members and friends. Sherri was preceded in death by her parents, Nicholas "Nick" Herman and Virginia "Ginny" (McGinnis) Herman and brother, Billy Herman. Visitation for Sherri will be held Saturday, October 1, 2022 from 10:00 AM to 12:00 PM at Family Funeral Care-Rockville West, 5791 Rockville Rd, Indianapolis, Indiana 46224, followed by a Funeral Service at 12:00 PM. Fond memories and expressions of sympathy may be shared at www.familyfuneralcareindy.com for the Herman family.
See more See Less

In Memory Of Sherri Ann Herman