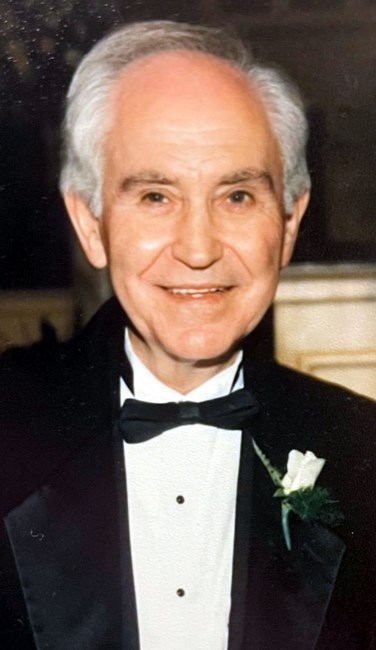 Dr. Billy Reed Fox, 88, passed away on Friday, September 16, 2022. Visitation will be held at Morrison Heights Baptist Church on Tuesday, September 20 from 9:30 to 11:00 AM with the funeral service beginning at 11:00 AM. A committal service will follow at the pavilion of Lakewood Memorial Park. Dr. Fox was born on January 11, 1934 in Choctaw Co., MS to the late Marvin and Evie Peacock Fox. The oldest of six, he was the first and only member of his family to go to college starting at Northwest Community College where he was in the Hall of Fame, a class favorite, and voted “Most Versatile”. He joined the United States Army and was stationed in Alaska during the Korean War. After successfully completing his tour of duty, Dr. Fox went on to complete his Bachelors degree at the University of Southern Mississippi in accounting and psychology. He wasn’t finished there, he continued his education at Mississippi College obtaining a Master’s in counseling, he obtained an Ed. Specialist from Mississippi State University and finally received his Ph.D. in psychology from the University of Southern Mississippi in 1972. As a life-long learner, Dr. Fox also studied in specialized fields at Rutgers University and Harvard Medical School. He practiced as a clinical psychologist for 45 years with 38 of those years in private practice. Dr. Fox was an active member of Morrison Heights Baptist Church for 58 years. During that time, he actively served as a Deacon, on various church committees, and as a Sunday School teacher. He enjoyed reading, drinking coffee, and studying God’s word. He is preceded in death by his parents and siblings, Marilee Thompson, Louis “Butch” Fox, Patricia Greene, Charles “Curlee” Fox and Judy Ramsey. Dr. Fox is survived by his wife of 62 years, Frances Lynn Fox; son, John Fox (DeMarla) and their children, Chandler and Maddie; and daughter, Shea Hutchins (Jake, III) and their children, Jake, IV and Olivia. In lieu of flowers, donations can be made to Morrison Heights Baptist Church at morrisonheights.org
See more See Less