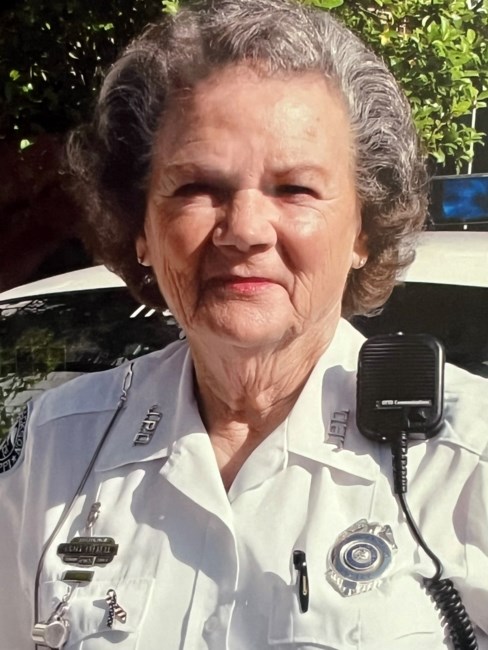 Graceline (McNease) Everett, 94, passed away Wednesday, September 21, 2022, at the University of Mississippi Medical Center (UMMC). Visitation is 2-3 p.m. at Lakewood Funeral Home Jackson, MS Saturday, September 24, 2022, with a funeral service to follow at 3 p.m. at the funeral home. Mrs. Everett was a native of Lone Star, MS. She worked in the Circulation and Bookkeeping Department for the Clarion Ledger for three (3) years. After which, she worked with the city of Jackson Police Department for 40 years. First, as a School Crossing Guard, then in the Traffic Division as the Supervisor of the School Crossing Guard Unit until her retirement. She also, served as a member of the Jackson Police Officers Reserve Unit for 20 years. She was a member of Calvary Baptist Church, Jackson for 67 years. She has been a resident of Jackson since 1947. She was preceded in death by husband William 'Slick' Everett, Jr.; parents Bob and May McNease; and sister Velma Ward. Survivors include: son, Bobby M. Everett of Jackson; daughter Judy E. Hall (Jim) of Little Rock, Arkansas; granddaughters Jennifer Ringgold (Chris) of Cabot, Arkansas and Joy Brock (Bud) of Little Rock; great granddaughter Abigail (Abby) Gracelynn Brock and great grandson Hudson Allen Brock of Little Rock; and her dearly loved fur baby, Blackie. In lieu of flowers, the family requests that memorials be given to Calvary Baptist Church, 1300 West Capitol Street, Jackson, MS 39203.
See more See Less

In Memory Of Graceline "Grace" Everett