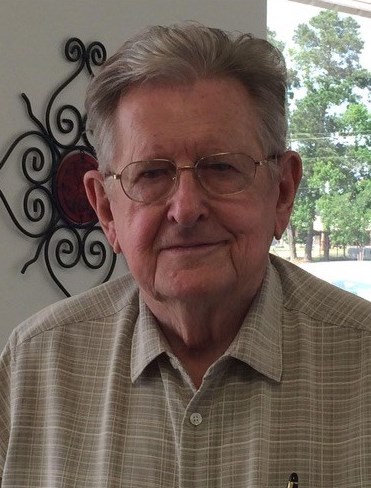 Joseph Dempsey "J.D." Chustz was called home on Thursday, September 22, 2022. He was born to the late Mary and Elias Chustz in Morganza, LA. He faithfully served his country in the Navy during World War II. Having spent his life contributing to the automobile industry, he also enjoyed the pleasures of leisure. His favorite hobbies were working in his garden growing flowers and roses. Among his deepest devotions, he was a member of First Baptist Church of Florence, MS. Joseph was preceded in death by his parents; his wife, Inez; son, Darwyn and three brothers and one sister. Survivors include his loving wife, Beverly Chustz; daughter, Arlette Martin (Hal); Step-son, Craig West (Trudie); Step-daughter, Cherrie Kelly (Richard); brother, James Chustz; grandchildren, Ashley Murphy (Tony), Angela Smith (Jeff); great-grandchildren, Katelyn Langford (Austin), Karly Murphy; and eight precious great-great grandchildren. A Funeral Service will be held on Monday, September 26, 2022 at 11:00 A.M. with one hour of visitation prior at Lakewood Funeral Home. Mr. Chustz will be laid to rest afterward at Lakewood Memorial Park.
See more See Less