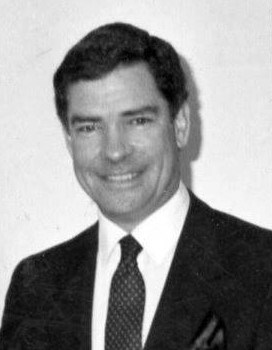 Benton (Ben) Lawrence Bradberry died on Wednesday, September 25, 2019 shortly before his 82nd birthday. Handsome and charming until the end, Ben passed surrounded by the family he loved so much. Even as the cancer and medicines took over his mind and body, he put on a brave face and enthusiastically greeted the many people who wanted to pay their respects. The people who called, wrote and visited all had a story or two of how Ben had touched their lives. His generosity, intellect and candor were widely known and respected, if not always agreed with. He was known to love a good debate and delighted in taking unpopular positions! Ben lived by his own rules. He fought authority and he paved his own way. And if you said he couldn’t do it; he would show you that he could. Paraphrasing the immortal words of Frank Sinatra “He did it his way.” He was amazed at the improbability of a poor boy from the backwoods of Monroe LA accomplishing all that he had. After enlisting in the Navy, he became an Officer and Pilot in the US Navy with no college education or family support, eventually earning a degree and achieving high honors, from the Naval Postgraduate School. After the military he and his first wife of 24 years, Marge Bradberry, built a very successful real estate business in Jacksonville, Florida and then, in his next improbable career, became the owner of a high performing dental business that he managed with his current wife of 25 years, Morika Bradberry. In both cases his entrepreneurial skills, willingness to take risk and, as he always said, marrying the right women led to his success. As everyone who knew Ben would attest, he felt his most important accomplishment were his five children, four with Marge and his adopted son with Morika, that all went on to pursue professional careers and start families of their own and was subsequently blessed with seven grandchildren. Nothing made him happier than spending time with them and making sure they had everything they needed. His generosity to his family knew no bounds. Ben left this world way before he was ready. His love for life, his family and his passion for writing, politics and world events kept him fully engaged. His family is blessed to have been left the gift of his life story in the book “Puttin’ on Airs” as well as a second book focused on his historical passion, the events that led up to and after World War II, “The Myth of German Villainy”, later translated into French and German. He was writing his third book when he was diagnosed with cancer and sadly, he was unable to finish it. Ben was born October 25, 1937 in Oak Grove, Louisiana to Lawrence and Laverta [Ruffin] Bradberry (later Sharbono), the second oldest son of ten children. Ben is survived by his wife, Mariya (Morika) Bradberry; children Nicole Bradberry (Tracy Buchanan), Jennifer (Mike) DiFazio, John (Linh) Bradberry, and Tim Bradberry; grandchildren Emily Spitler, Jack Spitler, Allison Holland, Mitchell Holland, Olivia Holland, Mia Spitler, and James Bradberry; siblings Helen, Gay, Kay, Brenda, Virgil, Robert, Jack, Joe. He is predeceased by his eldest son Benton Bradberry Jr. and twin brother Glen Bradberry. For those who would like to attend a celebration of Ben’s life, his family will be hosting a gathering to celebrate his life and say goodbye. It will be held at 1:00 PM, Saturday, October 5, 2019 at Hardage-Giddens Oaklawn Chapel, 4801 San Jose Blvd., Jacksonville, FL 32207. All are welcome!
See more See Less