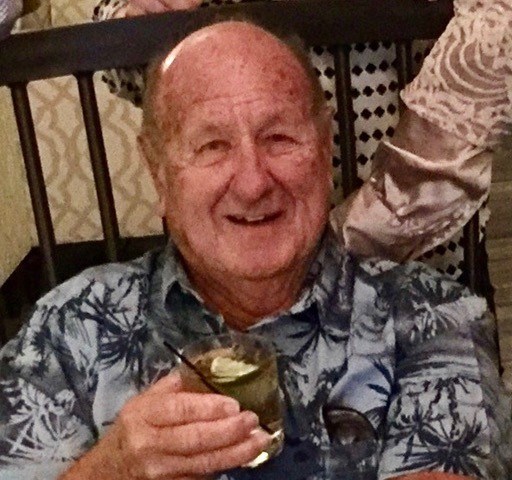 Charles Michael Andreu, 90, of Jacksonville, Florida, died Saturday, April 30, 2022 following his fierce battle with cancer. Eldest son of the late Michael Wiley Andreu and Mamie Taylor Andreu, he was born and grew up in Mandarin, Florida, and spent most of his life in the Jacksonville area. He is survived by his daughter Charlene Andreu Miller (Jonathan) of Roswell, GA, grandchildren Ryan D. Miller (Bayleigh) and Christina E. Miller and great-granddaughter Rosemary E. Miller, siblings Beatrice A. Gamble, Wiley Andreu, Melvin Andreu, brother-in-law Richard McEwen and many nieces and nephews. He is predeceased by his wives Christina St. John Andreu (April 1988) and Irene Turner Andreu (February 2016), brothers Emory and Aubrey and sister Mamie (Lovie). Hardage-Giddens Funeral Home in Mandarin is assisting the family. Charles was an adventurer and successful businessman in the Mandarin area. After graduation from Jacksonville Landon High School in 1948, Charles served with distinction in the U.S. Navy, including the aircraft carrier USS Philippine Sea during the Korean War. After his military honorable discharge in 1953, he returned to Jacksonville and served the Jacksonville community working for the city’s transportation fleet and part-time police force. During the 1970’s he transformed the family’s bait shop at Julington Creek into the Mandarin Holiday Marina, which he co-owned and managed until his death. His expertise as a mechanic was legendary. Always an avid boater, Charles regularly celebrated the sea life with friends such as the Sea Ray Club or making trips along the intracoastal waterway around Florida or to the Bahamas. But he did not limit his adventures to the water, as he also loved trips by motorcycle around the country, including several cross-country and to Sturgis, South Dakota for the famous bike rally. In addition, Charles was a member of various service and charitable organizations, including Elk, Moose and National Association of Retired Cops. Charles will be greatly missed by all the family and friends whose lives he touched and enriched. A grave site service will be held at the Mandarin Cemetery on Tuesday, May 17 at 11:00 am. A celebration of life will be held at the Mandarin Holiday Marina on Saturday, June 18. The family requests that in lieu of flowers, contributions in Charles’s memory be made to Community Hospice & Palliative Care, Jacksonville, Florida. Fond memories and expressions of sympathy may be shared at www.hgmandarin.com for the Andreu family.
See more See Less

In Memory Of Charles Michael Andreu