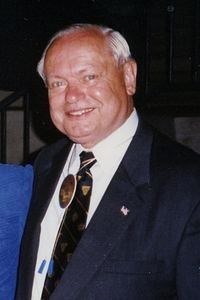 Captain Donald David Farshing, Jr. USN (Ret) was born in Salisbury, North Carolina on July 4, 1925. He was predeceased by his wife, Sharon Farshing, and by his parents, Margaret Ramsay Farshing and Donald D. Farshing. Don died of natural causes at his home in Jacksonville, FL, on September 22, 2020. He was 95 years old. Following his high school graduation in 1942, Don attended The Citadel before his Congressional appointment to the Naval Academy in 1943. He was graduated with the Class of 1947 in June, 1946, as a member of the 22nd Company. Passers-by in Memorial Hall were entertained many Sunday afternoons by a duo of a piano and Don on clarinet playing requests during their youngster and first-class years as midshipmen. Don was designated a Naval Aviator in Pensacola on August 12, 1949. He entered the US Navy Postgraduate School in Monterey in 1952 and was graduated in 1954 with a BS in Aeronautical Engineering, and from Stevens Institute of Technology in 1955 with a Master of Science in Mechanical Engineering. Duty following graduate school included Flight Test at the Naval Air Test Center in Patuxent River, MD; NavAir in Washington, DC; the Office of Naval Research, Branch Office in London; Commander, Fleet Air Jacksonville Staff; and finally NavAir again before retiring from active duty in July 1969. Don managed Hydro-Mechanical Engineering for Eastern Airlines from 1969 to 1974, taught engineering subjects at Florida Community College at Jacksonville from 1974 to 1984, during which time he earned a PhD from Florida State University. Don concluded the last 24 years of his teaching career at the University of North Florida in the College of Computing, Engineering and Construction, retiring at age 82. He is survived by his son, David, of High Point, NC, by his daughters Elisabeth Beekman (Dan) of Ellicott City, MD, Mary Warshauer (James) of Rumson, NJ, and by grandchildren Richard, Stephen, Rebecca, William, Anna, Matthew, Stacey, Michael and great grandchildren Olivia and Carson. Memorial services will be held at a later date at St. John’s Cathedral in Jacksonville, FL, where he was an active communicant, worship leader, Eucharistic Visitor, and Cursillo group servant for many years. Following the memory service, burial of ashes will occur in the Bishop’s Garden at the church with military honors rendered by the Navy. “It is in giving that we receive, it is in pardoning that we are pardoned, and it is in dying that we are born to eternal life.” From the Peace Prayer of St. Francis of Assisi. Arrangements by Hardage-Giddens Oaklawn Chapel, 4801 San Jose Blvd., Jacksonville 904-737-7171. Please sign the guestbook at www.hardagegiddensoaklawnchapel.com.
See more See Less