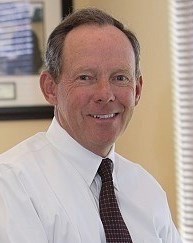 Earl Carl Trefry, Jr. (Chip), 71, joined his parents, Earl Carl Trefry, Sr., and Elizabeth Ann Lavis, his nephew William Richard Ellis and dear friend Richard (Dick) Montney, in heaven on Wednesday, February 12, 2020. Chip passed away peacefully surrounded by the love and support of his family. A true New Englander at heart, Chip was born on March 5, 1948, in Quincy, Massachusetts. Raised in Hingham, his beloved coastal hometown, where he and his siblings created memories of a lifetime. As a young teen, he reluctantly moved south as his father pursued a successful insurance career. The Trefry’s landed in Jacksonville, Florida, a place they loved and would call home for the next six decades. Chip was a graduate of Bishop Kenny High School (class of ‘67), an athlete on the football and golf teams, earning a golf scholarship. He then proudly graduated from the University of Florida, College of Business (class of ’72). From an early age, he was a leader, tenaciously competitive and had a rebel spirit. He learned to box from his father, showing bullies not to mess with him or his sisters. He enjoyed taking risks and did so with a few of his favorite toys; a hydroplane boat, Harley and Corvette, to name a few. He spent as much time outdoors as he could and was always on the go. Earl got his nickname, Chip, due to his uncanny similarities to his father, but the name suited him in more ways than one. He had a pure love for the game of golf and chipped his way across the world’s courses. If you were looking for Chip early Saturday morning, more times than not you’d find him at San Jose Country Club with his regular foursome. He was a long-standing member of the club since 1964, making a hole-in-one on each par-3. He even named one of his children after golf’s greatest, Jack Nicklaus. He wasn’t just fond of golf, he enjoyed many other sports too as he played hockey, football, baseball, and coached his children’s teams. Chip’s love of golf led him to serve his community in many ways, including serving many years as a board member and President of The First Tee of Northeast Florida, founding the SJCC Dick Montney Tree Tournament, and Chairing the Daniel Kids Golf Classic. He passionately advocated for charitable causes through his leadership skills and fundraising efforts. Chip enthusiastically set new fundraising goals for each tournament, proudly exceeding expectations. He always kept his word, maintaining the highest level of respect and integrity, which showed itself in his sportsmanship and career. He was a hard-working entrepreneur focused on propelling forward and in 1974 formed a family-owned financial planning, insurance, and benefits corporation. Due to his strong vision, the company later became nationally recognized as a leader in its industry receiving countless awards—Lifetime member of the Million Dollar Round Table, 11+ years Top of the Table, recognized multiple times on Inc. Magazine’s fastest-growing private companies and the Gator100, the 100 fastest-growing Gator-owned or Gator-led businesses in the world. Above all, Chip’s legacy was his family and leaving the Trefry name “better than he found it”. His memory will go on as he touched many lives, but we’ll always think of him every time we step foot on a driving range, attend The Players Championship, eat the belly of an Ipswich fried clam, watch the Christmas Carol, see the Red Sox win the World Series or a father playing catch with his kid. Accomplished businessman, loved and respected husband, father, brother, grandfather (Ippie) and friend, Chip is survived by his high school sweetheart, wife of 50 years, Suzanne Southcott Trefry; his children: Earl Carl Trefry, III (Chet)/Spouse Cindy, Aimee Trefry Powell/Spouse Eric, Nicklaus Albert Trefry/Spouse Stephanie, and Courtney Michele Trefry/Spouse John; his six grandchildren: Tylar and Christian Powell, Jacob and Morgan Trefry, Nicklaus Jr. (TJ) and Graham Trefry; his siblings: Penny Borgia/Spouse Frank, Pat Ellis, Susan Pattillo/Spouse David; and many nieces and nephews. The celebration of Chip’s life will take place at 2:00 p.m. on Sunday, February 23 at Hardage-Giddens Oaklawn Legacy Lodge, 4801 San Jose Blvd., Jacksonville, Florida 32207, followed by an open reception at the San Jose Country Club, 7529 San Jose Blvd., Jacksonville, Florida 32217. In lieu of flowers, donations may be made in memory of Earl Carl Trefry, Jr. (Chip) to the following charities: The First Tee of North Florida Address: 475 W Town Pl, Suite 115 St. Augustine, FL 32092 Daniel Kids Address: 4203 Southpoint Blvd. Jacksonville, FL 32216 The Trefry family is grateful for the care Chip received from doctors, nurses and caregivers, especially at the Mayo Clinic, Jacksonville, Florida.
See more See Less