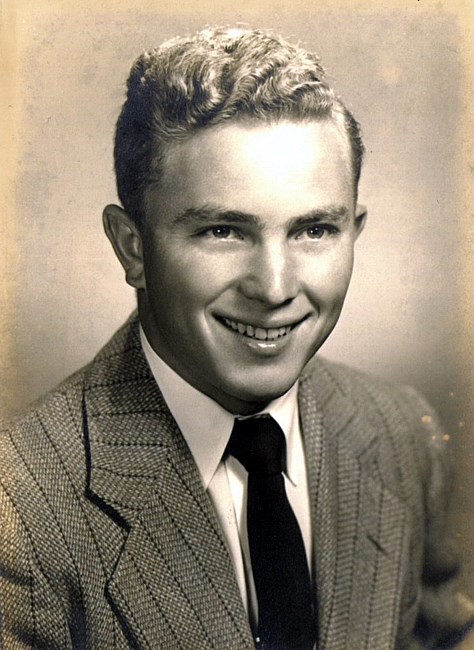 Howard “Ray” Graves was born March 28, 1930, in Sheffield, Alabama, the older of two sons of Bernard Francis Graves and Lilly Pearl Landers. Ray’s early years were spent traveling around the country as his father was a carpenter and worked on many of the dams built under the PWA during the Great Depression. One of his earliest memories was sitting on his dad’s shoulders waving at President Roosevelt during the grand opening of one of these dams. The family eventually settled in Chattanooga, Tennessee, where Ray was influenced from an early age by the YMCA, first as a young camper and then as a counselor. He and his bride even spent part of their honeymoon at camp! Ray graduated from Chattanooga High School and then Carson Newman College in Jefferson City, Tennessee, where he met and married the love of his life, Dorothy. He attended Southern Baptist Seminary in Louisville, Kentucky, and pastored several churches in Kentucky and Tennessee, completing his graduate studies with a master’s in social work from the University of Tennessee. Ray served as the administrator of the Hamilton County (Tennessee) Juvenile Court system until 1971, when he moved his family to Tallahassee to accept a position with the State of Florida. He worked in state government for over 20 years, eventually retiring as Chief of the Bureau of Human Resource Management. Upon “retirement,” the Graveses moved to Dorothy’s hometown of St. Petersburg, Florida, where Ray returned to a fulfilling career in ministry serving as a hospital chaplain, working with the Suncoast Baptist Association, and serving as Pastor of Senior Adults at First Baptist Church in St. Petersburg. Following a second retirement, Ray and Dorothy moved to Jacksonville, Florida, and as long as health permitted were active members of Southside Baptist/Aspire Church. He died peacefully under hospice care on January 24, 2022, less than a month after the death of his beloved Dorothy. Ray is survived by his daughter Cindy Graves, his sons Steve and David Graves, son-in-law Jeff Losito, granddaughters Christina Graves and Lydia Lingerfelt, brother Glenn Graves, and several nieces and nephews. A celebration of Ray’s life will be held on Thursday, February 17, at 2 p.m., at Southside Baptist/Aspire Church, 1435 Atlantic Blvd., Jacksonville, FL 32207. In lieu of flowers, donations may be made to the church at the above address or to Community Hospice and Palliative Care at 4266 Sunbeam Road, Jacksonville, FL 32257.
See more See Less

In Memory Of Howard Ray GRAVES