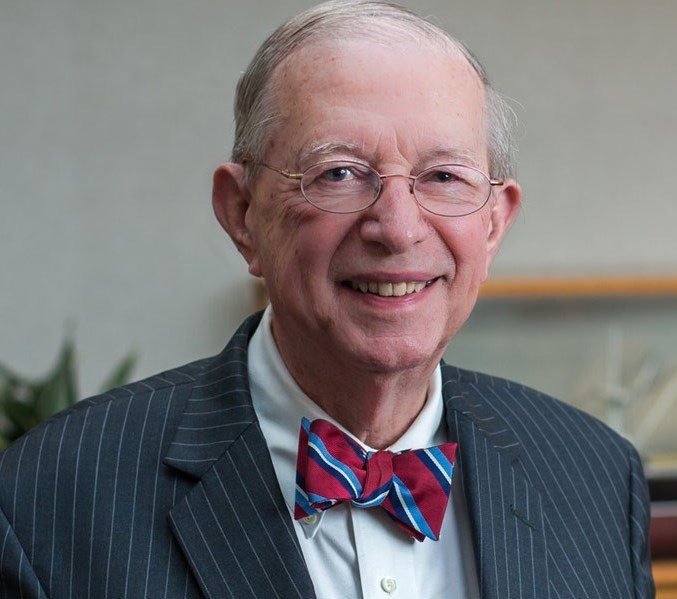 James (Jim) F. Moseley, 85, peacefully passed away in Charleston, South Carolina on Monday, March 28, 2022, only 5 blocks from where he was born in 1936. He is predeceased by his parents John Olin Moseley and Kathryn Moran Moseley. After graduating from Landon High School in Jacksonville in 1954, Jim graduated from The Citadel in 1958. He graduated from the University of Florida School of Law in 1961 and married his loving wife of over 60 years, Anne McGehee Moseley. They are blessed with two loving sons, James F. Moseley, Jr. (Heather) and John M. Moseley (Jessica). He is survived by five beloved grandchildren. After graduating law school, Jim served as a Commissioned Officer of the United States Army Reserve attaining the rank of Captain. In 1963, he began his law practice at the firm which eventually became known as Moseley Prichard Parrish Knight & Jones and was a member of the firm until his death. Jim served as President of the Jacksonville Bar Association (1975 – 1976), chairman of the Association of Florida Bar Presidents, President of the Southeast Admiralty Law Institute (1980) and President of The Maritime Law Association of the United States (1996 – 1998). In 1978, Jim was selected as a Fellow, American College of Trial Lawyers and was also a member of the Federal Rules Committee. He was awarded the U.S. Coast Guard and Transportation Department Meritorious Public Service medal, and the Palmetto Medal from The Citadel. The Palmetto Medal is the highest honor the college can bestow, and he was incredibly proud of these awards. He served on many local and national charitable projects for the United Way, Board of Library Trustees for Jacksonville, Board of Directors Community Foundation of Northeast Florida, and many other local and national charitable organizations. He was an active member of Hendricks Avenue Baptist Church for over 60 years. Jim was always passionate about his love of family, his church, and the law. He will be greatly missed by the many colleagues, young lawyers, and community organizations he supported. He was quick with a smile, a “good to be with you”, and the fellowship of his friends. A memorial service will be held on Thursday, April 21, 2022 at 2:00pm at Hendricks Avenue Baptist Church, Jacksonville, Florida. In lieu of flowers, please consider a donation to Jacksonville Area Legal Aid, Inc. http://www.jaxlegalaid.org/inmemoryofmoseley/.
See more See Less

In Memory Of James Francis Moseley