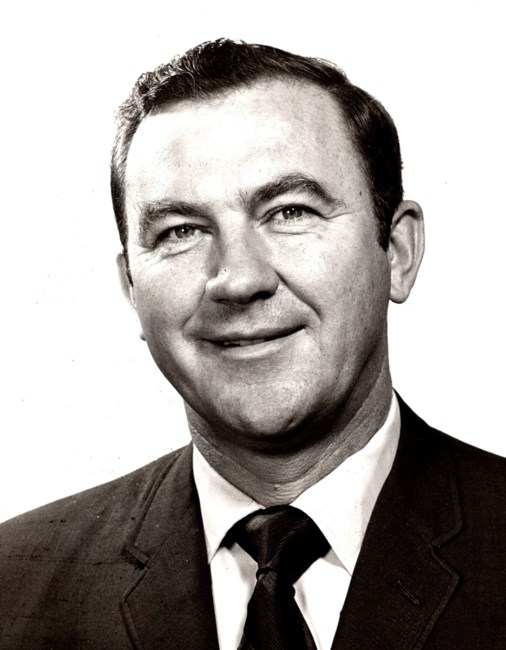 Leonard Robert Pavelka, age 97 passed away on Thursday, January 20, 2022. He was born on a farm in Durhamville, New York on January 21, 1924, the youngest of eight children of Paul and Barbara Pavelka. His father died shortly thereafter leaving his mother to raise the family. He became interested in scouting and became an Eagle Scout in 1940 and a second degree member of the Order of the Arrow, also serving as scoutmaster of Troup 21 in Durhamville and a junior counselor during summers at the Boy and Girl Scout Camp Eaton Brook. After moving to Jacksonville in 1949, he continued his interest by serving on Boy Scout Committees and also as the Sixth District Chairman which included Florida, the Central Zone and Puerto Rico of the National Eagle Scout Association. He was graduated from Oneida High School in Oneida, New York in 1940. As a student there, he made 100% grades in all New York State statewide regents final exams in intermediate algebra, plane geometry, solid geometry and trigonometry . In 1941 he received a congressional appointment through competitive exams to the US Naval Academy and was graduated in June 1944 with the Class of 1945. While there he passed exams to become a Naval Translator and Interpreter in French. After graduation he was stationed at NAS Jacksonville for a month of flight indoctrination. It was during this time that he met his wife-to-be, Martha Rebecca Churchwell, at a social function. In September he reported to submarine school in New London, CT and was graduated in December. Following a brief period in submarines in the Atlantic, he joined the crew of the USS Rasher (55269) at Midway Island and made her 8th patrol in the Pacific ending up in the Gulf of Siam at war’s end. Following the decommissioning of the Rasher, he was selected to be aide and flag Lieutenant to the Commander Submarines US Atlantic Fleet (Admiral John Wilkes) and then his successor, Admiral James Fife. It was during this tour of duty that he and Martha were married in the Avondale Methodist Church on July 29, 1947. Following his assignment as Flag Lieutenant he served on the USS Corsair and while there was contacted by Admiral Wilkes to serve again as his aide in his new command as Commander US Naval Forces Germany and Naval advisor headquartered in Berlin during the Berlin Blockade. He and Martha traveled extensively with the Wilkes’ flying in military aircraft in and out of Berlin through the “corridor”. After a year in Germany, he resigned from the regular Navy in 1949 and moved to Jacksonville in December joining the J. H. Churchwell Co. As a Lieutenant in the Naval Reserve he was commanding officer of the Organized Reserve Submarine Unit in Jacksonville until an illness forced him to give up his Naval affiliations completely in 1952. Civic activities included volunteering and serving for the American Cancer Society starting in 1955, being crusade chairman in 1962, chairman of the “Cure Cancer Classic” golf tournament for many years, treasurer of the Duval Unit, ACS Laureate Society, and Honorary Life Member. Also he was President of the Board of Trustees of the Jacksonville Children’s Museum (now MOSH), President of the Suns Stalwarts, a baseball booster club where the Suns were affiliated with the Mets, President of the 200 Club of Jacksonville, Chairman of the “Jacksonville Golfs Tribute to Ike” competition, and drives for the Muscular Dystrophy Association, Salvation Army and Methodist Hospital. He was a member of the Riverside Presbyterian Church , where he served as Chairman of the Board of Ushers, Chairman of the Board of Deacons and as a Ruling Elder as well as on many church committees throughout the years. Various memberships included Life Member US Naval Academy Alumni Association, National Eagle Scout Association, Florida Sheriffs Boys Ranch Founders Club, Lafayette Escadrille N124 Society, Army-Navy Country Club, Ponte Vedra Club, Timuquana Country Club (President 1975) Florida’s Yacht Club, Charter Life Member University Club, Ye Mystic Revillers (former King), also formerly a member of the Army/Navy Club, Charter Member of the River Club, and associate member of the TPC since its inception. He was a Mason and a Member of the American Legion Post 137. He was a devoted golfer and played in many pro-ams and tournaments not only in Jacksonville but also out of town. His favorite sports teams were the Jacksonville Jaguars where games he regularly attended, the Atlanta Braves and Boston Red Sox. He was predeceased by his loving wife of nearly 58 years, Martha in March 2005 and is survived by their children, Patricia P. Knight (Allan deceased) of Jacksonville, Paul Churchwell Pavelka (Jenny) of Woodland Hills, CA, and Robert Franklin Pavelka of Jacksonville, as well as grandchildren, Lauren C. Meador, Robert F. Pavelka Jr. (Brandy), and Alexander P. Pavelka (Jess), Caleb Gilbert (Beth), Trista Wilkins (John), great grandson Nathan Meador, great granddaughters, Hannah Meador, Leah Meador, Mila Pavelka, Meadow Pavelka, Sam Gilbert, Kate Gilbert, Ethan Moore, and several nieces and nephews. Private family graveside services will be held in Oaklawn Cemetery on Saturday, January 29, 2022. A reception for family and friends will be held at the Timuquana Country Club on Sunday, January 30, 2022 from 1pm to 4pm. In lieu of flowers, donations may be made to the American Cancer Society, 1430 Prudential Drive, Jacksonville, Florida 32207 or charity of choice.
See more See Less

In Memory Of Leonard Pavelka