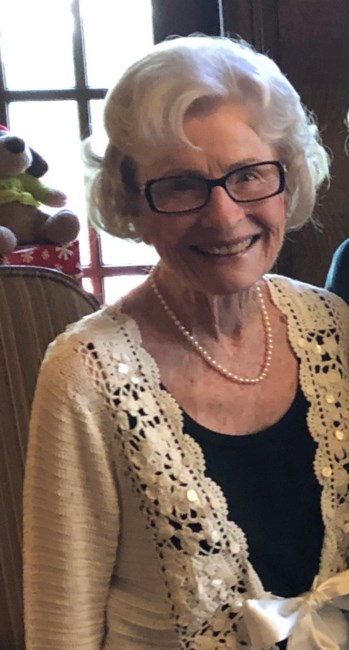 Mary Louise Mickler Howard was born January 30, 1931 in Gainesville, Florida to Donald Mickler of Live Oak and Mary Elizabeth West of Gainesville, and passed away on July 28, 2022 at her home in Jacksonville, Florida. She spent her early childhood in Live Oak and later moved to Gainesville where, in 1947 she met the love of her life, John Paul Howard, while he was a student at the University of Florida College of Law. Following his graduation from law school, they moved to Jacksonville where for 61 years they loved, honored and cherished each other. While John Paul worked very hard at building a successful law practice, Mary Louise stayed home raising four children, keeping her house spotless and orderly, preparing delicious meals, maintaining her yard as a thing of beauty and faithfully supporting her husband until his death in 2009. She was a devout Christian and a member of Ortega Methodist Church, where she enjoyed many wonderful friendships. Mary Louise Mickler Howard is survived by her daughter, Sharon Howard Tanner; grandchildren, Haley Tanner Stuart (Chris), Rachel Hannah Tanner, John Dennis Howard (Ashley), Ellen Howard Agrella (Matt), and Scott Paul Howard, Jr.; four great grandchildren; a sister-in-law, Shirley Howard Padgett (Cliff), and her brother, W.W. Bullard, Jr. (Brenda). She is predeceased by her husband, John Paul Howard, and her three sons, Dennis Eugene Howard, Mark Steven Howard, and Scott Paul Howard (Elizabeth). A service celebrating her wonderful life will be held on Wednesday, August 3rd, at 10:00 a.m. at Ortega Methodist Church, 4807 Roosevelt Boulevard, Jacksonville, FL with the Reverend Art McClellan officiating. Fond memories and expressions of sympathy may be shared at www.GreenlawnJacksonville.com for the Howard family.
See more See Less

In Memory Of Mary Louise Howard