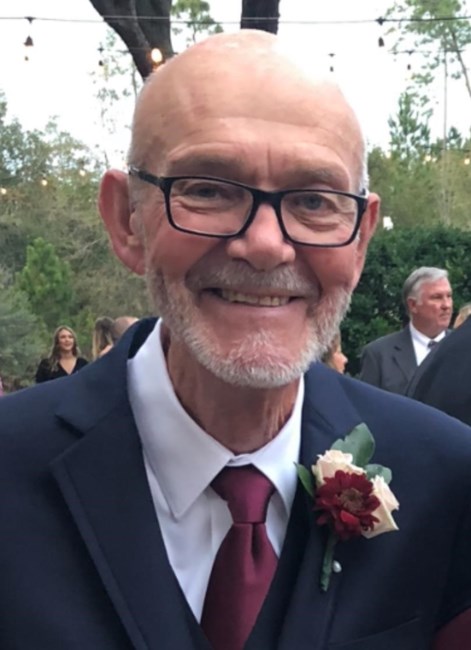 Michael Paul Putala, age 79, of Jacksonville passed away peacefully on August 14, 2020. He was born April 30, 1941 in Russell, Massachusetts. He graduated from Turners Falls High School Class of 1958. Upon graduation he enlisted in the U.S. Navy and proudly served his country during the Vietnam war. He dedicated 20 years of his life and retired as Chief Petty Officer in 1978. One of his greatest accomplishments was marrying the love of his life Bette Tompkins of Lake Pleasant, Massachusetts in 1961 and together they had three exceptional sons that he absolutely adored. After retirement he became an avid recreational softball player and considered all the men he played with a part of his family. Softball was also where he met his best friend, Stu Caldwell, of 20 years. In addition to his passion for softball was his love for all of his grandchildren. He made sure he was present and was absolutely their biggest fan. He never missed a T-Ball game, football game, dance recital, or softball game. They were his whole world. He leaves behind his beloved wife Bette of 59 years; three sons Mike (Rachel), Jeff (Dianne), Mark (Stephanie); 15 Grandchildren Brittany Blinkhorn (Matt), Ashlee Franklin (Justin), Brooke Fewox (Kalup), Stacie Wetzel (Matt), Clay Putala (Christy), Michaela Putala, Mackenzie Putala, Michael Putala, Connor Jennings, & Meghan Jennings; 5 Great Grandchildren Beckham & Brooklyn Blinkhorn, Harper & Hayden Franklin, Madelyn Wetzel. Visitation will be on August 17th from 3:00-4:00 pm at Hardage-Giddens Greenlawn Funeral Home, 4300 Beach Blvd., Jacksonville, FL. The graveside service will be held on August 18th at 10:00 am at Jacksonville National Cemetery, 4083 Lannie Road, Jacksonville, FL. Due to COVID restrictions they are limiting the service to immediate family only. Memorial donations in lieu of flowers may be made to Wounded Warrior. Arrangements are under the care and direction of HARDAGE-GIDDENS GREENLAWN FUNERAL HOME, 4300 Beach Blvd, Jacksonville, FL 32207. www.greenlawnjacksonville.com (904) 396-2522.
See more See Less

In Memory Of Michael P. Putala