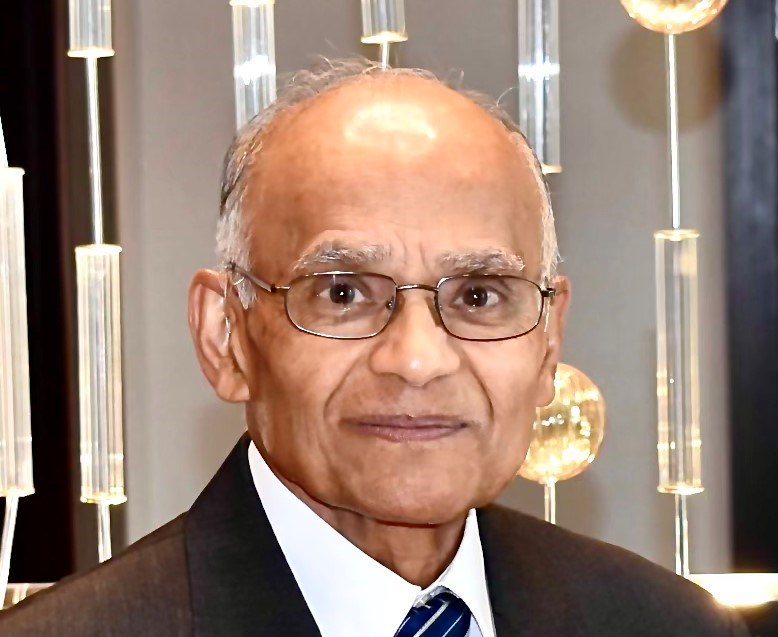 Rasik Chudgar, 81 of Saint Johns, FL and formerly of Latham, NY passed away on January 24, 2023 after having lived a full and joyous life. He had undergone cardiac bypass surgery and passed away after surgery while recovering in the ICU. He was born in Baroda, Gujarat, India and studied Organic Chemistry in India earning a PhD in Organic Chemistry and Azo Dyes. He came to the United States in 1971 shortly after his marriage and began a life for the next 51 years in this country. He lived in New Jersey, and Pennsylvania, before moving to Latham, NY for over 30 years before finally living the last 12 years in Florida. He spent the majority of his career at BASF in Rennsselaer, NY retiring in 1999. He has written scholarly articles and chapters in chemistry textbooks during his career. He was pre-deceased by his wife of 25 years, Veena (Shah) Chudgar, his parents and by two brothers and two sisters. He is survived by a son, Siren Chudgar, daughter Rachana (Chudgar) Zaveri, daughter-in-law Jennifer (Moran) Chudgar and son-in-law Minesh Zaveri. He also is survived by his beloved grandchildren, Vishay Chudgar, Riya Zaveri, Shaan Chudgar, Karina Zaveri and Dilan Zaveri. He is also loved by many nieces, nephews and extended family throughout the world in many different countries including a large family in India. He was very devoted to his faith of Jainism and its’ teachings. He spent many years leading a small Jain group contingent in the Albany, NY area and then doing the same in his new home of Jacksonville, FL. He was active in the Jacksonville Jain Association and Gujarati Samaj Seniors Group of Jacksonville. People who knew him best will say he was a man of very few words, but the words he spoke were always worth listening to. May he rest in peace! Om Shanti Om. Funeral Services and Viewing will take place on Sunday, January 29, 2023 from 9:30 am to 11:30 am at Hardage-Giddens Funeral Home at 11801 San Jose Blvd, Jacksonville, FL 32223. (904) 288-0025. Fond memories and expressions of sympathy may be shared at www.hgmandarin.com for the Chudgar family.
See more See Less