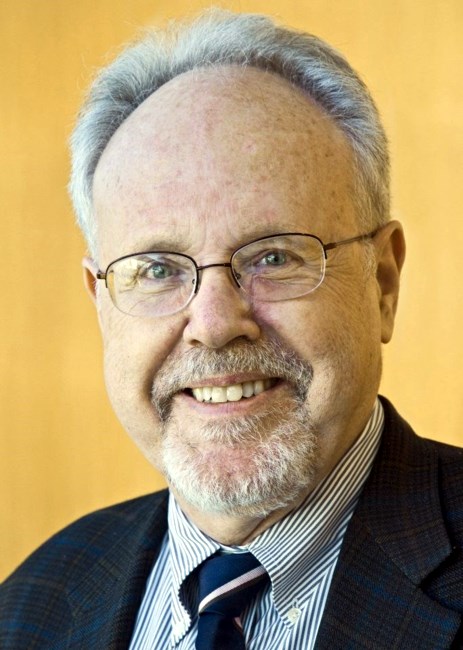 Dr. Sigfrid Soli was born in Granite Falls, MN on May 15, 1946, the eldest son of Jane and Dan Soli, died peacefully on April 11, 2022 after a short illness. Sig graduated from St. Olaf College in 1968, served as an officer in the US Air Force to work on early GPS technology, and then received his PhD in Experimental Psychology from the University of Minnesota (1979). Early in his career, he became a distinguished professor in the Psychology Department at the University of Maryland. Dr. Soli returned to Minnesota in 1984 to accept a position as a research scientist at 3M where he worked on the early development of cochlear implants and hearing aid technologies. In 1989, his research took him to Los Angeles, CA where he joined a team of global experts at the House Ear Institute. As a principal contributor to the development of cochlear implants, he played a significant role in the creation of tools and methodologies that enhanced the lives of individuals with hearing loss. During his 23 years at the House Ear Institute, Dr. Soli travelled extensively in Europe and China to share his expertise with other professionals in his field. Sig and his wife, Susan, raised two sons, Andrew and Daniel, in Sierra Madre, CA. While living in California, Sig became an avid fan of the Los Angeles Dodgers, and he regularly attended baseball games with his friends and family. Sig also enjoyed taking his family on camping trips and to international destinations to expose his loved ones to the outdoors and to the rich cultures around the world. Dr. Soli was passionate about helping people with hearing impairments and was proud of his work in developing the Hearing In Noise Test (HINT) in over 20 different languages. He worked with researchers throughout the world to develop objective methodologies for the assessment of hearing ability. Sig had enthusiasm for both research and teaching. He authored over 65 scientific publications and holds over 30 US and international patents. Later in his life, Sig spent much of his time in British Columbia, Canada with annual travel to Jacksonville Beach, FL and Kauai, HI. As a distinguished Scientist Emeritus, he maintained dual residency in the United States and Canada and held a faculty position at the University of British Columbia in the Department of Audiology and Speech Sciences. Dr. Soli never fully retired and remained a mentor and advisor to many. His generous spirit and sense of duty remained. While living in British Columbia, Sig enjoyed the natural beauty of the surrounding area and visits from his family, friends, and colleagues. He would happily point out the resident bald eagles and harbour seals between heart-warming stories of his latest research collaborations. Sig will be remembered by all as a talented and loving man. His smile and laughter will be greatly missed. He is survived by his wife of 46 years, Susan Egerman Soli; son, Andrew Soli of Los Banos, CA; son, Daniel Soli and wife Jaymee Ho Soli of Squamish, BC; siblings Karen Soli (Joe Holt) of Souix Falls, SD, Peter Soli (Sandy) of Albert Lea, MN, Johanna Boller (Scott Keyes) of St. Paul, MN, Tina Lodge (Mark) of Coon Rapids, MN, and many beloved nieces and nephews. Donations in honor of Sig can be directed to the House Institute Foundation at https://hifla.org/support-us/donate-once/ Fond memories and expressions of sympathy may be shared at www.GreenlawnJacksonville.com for the Soli family.
See more See Less

In Memory Of Sigfrid Daniel Soli