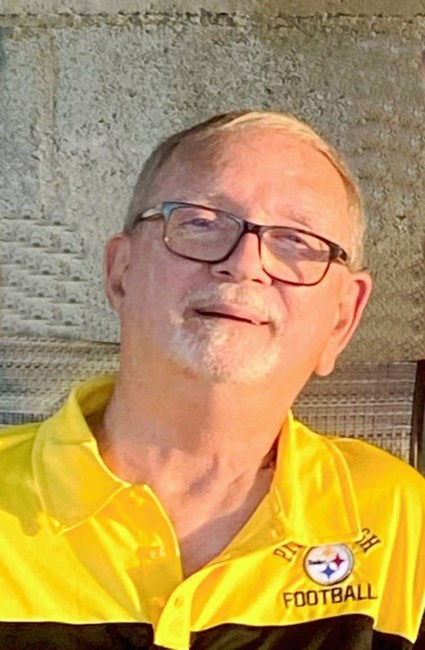 Howard Richard “Rick” Bell Jr, 74 of Jefferson, Died Monday, May 9, 2022, in Ruby Memorial Hospital, Morgantown, WV. He was born June 3, 1947, in Morgantown, WV, a son of the late Howard R. “Duke” and Lillian “Bert” Sell Bell. Rick was a 1965 graduate of Morgantown High School and a 1975 graduate WVU School of Radiologic Technology, where he received the Mallinekrodt Award for outstanding student. He served in the United States Army during the Vietnam War. Rick worked as a coal miner at Consol-Humphrey #7 coal mine. He lived most all of his married life in Jefferson. Rick was a member of St. Matthias Parish, the Knights of Columbus, United Mine Workers of America, and the Veterans of Foreign Wars. He enjoyed coaching his children in t-ball, softball and little league, as well as a scout leader in Cub scouts. On December 15, 1972, he married Jeanne Matyk, who survives. Also surviving are two children, Josh Bell of McKeesport, Jessica (Rob) Schiffbauer of Rices Landing; two grandchildren, Brody and Bryce Schiffbauer; two brothers, Jack (Judy) Bell of Omaha, NE, and Ed (Deb) Bell of Dallas, TX; nieces and nephews, Angela (Glenn) Eustis of Canonsburg, Paul Matyk III of Carmichaels; Davis (Charle) Matyk of Carmichaels, Paul Matyk IV of Carmichaels. Friends will be received on Friday, May 13, 2022 from 4 to 8 pm in the Behm Funeral Home, 1477 Jefferson Rd., Jefferson, PA 15344, Gregory P. Rohanna, supervisor, where a Blessing service will be held on Saturday, May 14, 2022 at 10:30 am followed by a Mass of Christian Burial at 11:00 am at St. Hugh Worship site of St. Matthias Parish, Carmichaels, PA, with Fr. James Farnan officiating. Military Honors will be accorded by the United States Army and the Greene County Honor Guard. In lieu of flowers the family suggests donations to the Greene County Honor Guard, 445 W. Lincoln St., Waynesburg, PA 15370. Condolences may be expressed online at www.behm-funeralhomes.com.
See more See Less